A local Hahnville family will grace the small screen this week when their episode of a reality show airs.

Ariane Phillips and her three daughters – Taia, Jaiden, and Tayla – filmed an episode of The Survivalist in April. The Survivalist is described as the ultimate competition – when two families race against each other in a three-day trek across rugged terrain. Hosted by adventurer Colin O’Brady, the show follows the families as they use teamwork, communication, and survival skills to prove that their family is the ultimate Survivalist.

Phillips said their episode will air Jan. 15 at 7 p.m. on BYUtv.

“My husband planned to do it with us, but the day before we left he had an emergency,” she said laughing. “So we are the first family in the show’s history that didn’t have a father on the show.”

The family auditioned for the show in the summer of 2021. That October they heard back from the program that they were selected, and virtual interviews took place until production began last spring. 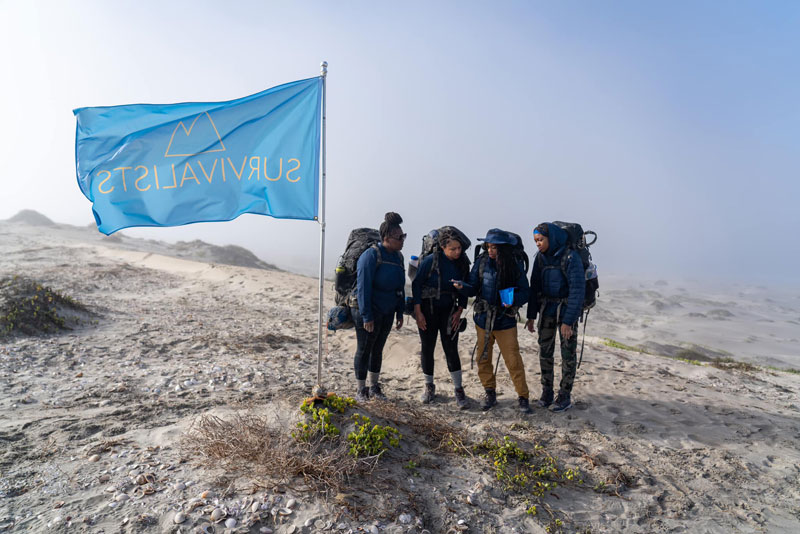 “It filmed in Baja, Mexico, and was definitely an adventure of a lifetime,” Phillips said. “We were out in the wilderness on an uninhabited island with no cellphones just roughing it. The worst thing was the food.”

The show filmed for four days and three nights. The family was accompanied by a medic, producer, and camera crew.

Phillips said the morning that filming began the family took a boat out to the island.

“They literally throw you right into it,” she said, adding that different episodes have families exploring different terrains. “We were in sand dunes … it was really rough. After my first half a mile walking in it I was like, ‘OK, it’s time to go home.’ Our feet were sinking in the sand and we were carrying 50-pound bags. But the scenery was beautiful … it was one of the most beautiful places I’ve ever been.”

Phillips said the show presents different challenges for the families who are participating.

“It’s kind of like Amazing Race and Survivor mixed together,” she said. “You don’t see the other family too often. We covered over 50 miles in a four-day period. It was quite interesting … no baths and no communication. That was the hardest part for my husband. He had all of his girls out of the country and out in the wilderness.”

In the end, Phillips said she and her daughters are happy that they participated in the show.

“We’re kind of a crazy family,” she said. “We’re very adventurous and we travel a lot. We like adventure and we don’t back down from a challenge. We would do it again, but it did feel like I died once every day when I was there. But it was a great family bonding experience. I mean … who do you know who can say they did that? It’s something we’ll remember for the rest of our lives.”

For information on how to watch the episode, visit byutv.org.

For years, Perry Loupe had hopes of reuniting a family with their lost photos, pictures he found roadside in a box while working for the state of Louisiana post-Hurricane Katrina. […]

About Monique Roth 831 Articles
Roth has both her undergraduate and graduate degree in journalism, which she has utilized in the past as an instructor at Southeastern Louisiana University and a reporter at various newspapers and online publications. She grew up in LaPlace, where she currently resides with her husband and three daughters.
Website