Once a Christmas Eve baby, Thomas Roberts had never actually celebrated his birthday on the day of his birthday – until this year.

It was the golden birthday for Roberts, who turned 24 on Dec. 24. The Norco resident has Down Syndrome, and his mother Kelly wanted to make his celebration something to remember, but with COVID-19 restricting gatherings, she knew she would have to get creative.

Kelly, a familiar face to many – she’s the first face many see when walking into Hahnville High School as the school’s front office secretary – took to social media with a simple request: if people could drive by the family’s home between 1 and 3 p.m. on Christmas Eve, en route to their own family gatherings, and wave hello or honk their horn to send some well-wishes to Thomas on his big day.

“I was out walking the dog and I just had the thought,” Kelly said. “Why not post something on Norco News (a community Facebook page) and ask if people would mind having a drive-by, just so people could blow their horn and say happy birthday. I put between 1 and 3 because I didn’t want to inconvenience anybody.”

The community took to that request, and then some. There were police cars, fire trucks, and a long line of cars when the clock struck 1 p.m. on Thursday, the gathering for an all-out parade that began at Norco Elementary School and traveled to and down 5th Street , where Thomas would be awaiting near the Roberts’ home. Some even brought gifts. It all went far beyond what mother and son alike ever expected. 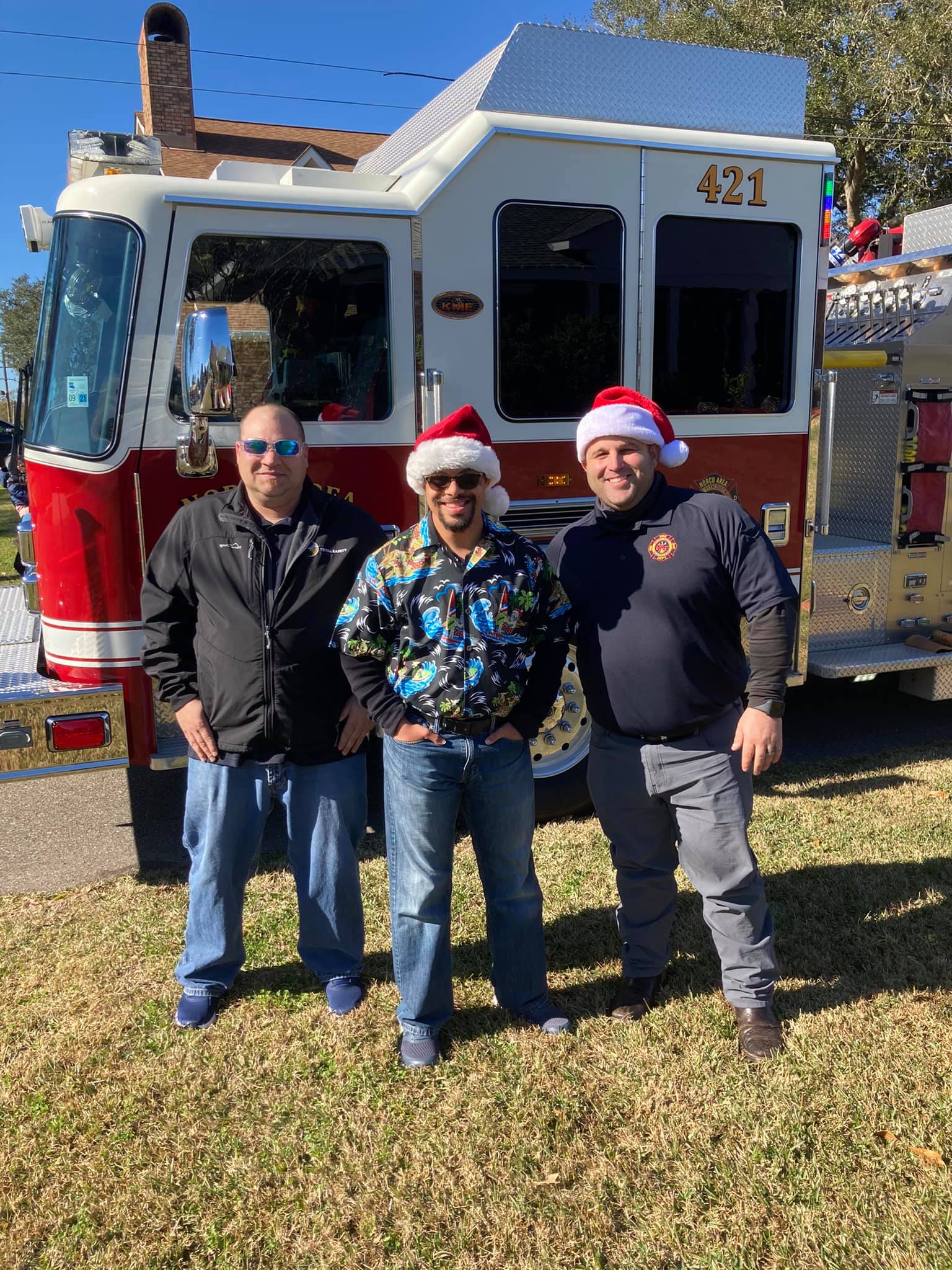 “We went out at 12:50 and there were lines of cars by the school,” Kelly said. “It was just awesome … Thomas just loves people. He was just excited to wave to everyone, excited about it all.”

She said when she posted the request online, some who responded began offering some constructive ways to improve upon the idea. Making the time more specific. Why not make it a parade? And what are some of Thomas’ favorite things? (For the record: he loves the Saints and LSU, a true fan.)

“People were asking questions, like what does he like? And I’m like, you don’t have to give gifts, you can just wave! But it was really great,” Kelly said. “My neighbor said she set her alarm for 11:50 to go get in line. You live right across the street! Everyone was really amazing with it.”

Her brother drove by them at 1:45, and didn’t stop. Kelly soon learned he was coordinating.

“His in-laws are police officers and he was getting some of them to go drive down,” said Kelly. “They got on the speakers and were telling Thomas happy birthday. Some people were driving by until 3 p.m. It was awesome.”

Norco’s Renny Weber saw her post, and the local firefighter decided to bring his own flavor to the event, while also spreading word of the event to potential participants.

Among gifts, one woman made him an LSU/Saints blanket and got it embroidered with his name on it.

It all made quite an impact, she said.

“It really makes you realize with everything going on in the world … there’s so much focus on shootings, killings and all that’s wrong in the world. You don’t think people really care about you,” Kelly said. “Then with something like this … it just makes you feel loved. You realize people do care. It was very emotional and very touching to me. I can’t believe they went out of their way to do that in such a short amount of time.”