Casey Townsend had just heard the best news she had heard in quite some time, but there was still something she needed, something she and her husband Brad had hoped and prayed to see for several months.

“I asked the doctor, can we come there? I want him to ring the cancer treatment bell,” said Townsend, a Luling native, referring to her 10-year-old son Noah. “It’s so monumental. We beat it – six months of our family being torn apart.”

The grand news was that Noah, following several chemotherapy treatments, was officially in remission after receiving a diagnosis of stage 3 Non-Hodgkins lymphoma last year. Since learning Noah was ill, Townsend and her son were receiving treatment in Houston, while Noah’s father Brad largely stayed back at home to continue working and keeping a flow of income.

“It means for us to be back together as a family again,” Townsend said. 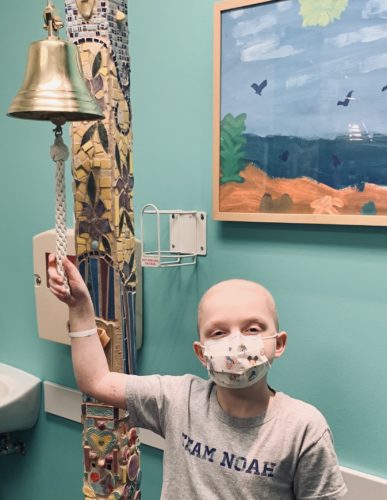 Brad was in Houston with his wife to hear the more-than-welcome news. At first, they didn’t quite believe it – Noah’s doctor conveyed there was still a spot in his lung that had to be evaluated soon, but that it was very likely the result of a recent infection the child battled.

“She asked us why we weren’t celebrating,” said Townsend, who noted she and Brad received the news via a Facetime session with the doctor. “He’s in remission … we’re like, right, but there’s still that one spot. We’re so familiar with having everything ripped from underneath us, so I think we’re afraid to get excited.”

The doctor clarified the situation and indeed, joy and relief washed over the two parents in the end. But as Townsend alluded to, part of their trepidation was tied to the simple fact that this was hardly their first scary situation – nor Noah’s.

In 2013, Noah was fighting for his life. He suffered from a rare heart condition called cardiomyopathy, which causes the deterioration of the heart muscle and eventually can lead to heart failure. The situation was dire to the point Noah required a heart transplant, and while awaiting the transplant, his condition worsened.

The then 3-year-old went into cardiac arrest and underwent four open-heart surgeries within a two week span. Doctors implanted a temporary pump into his heart to keep him alive, but an infection caused his heart to fail. It was feared he might not take it through the procedure.

He proved to be a fighter and pulled through. Six months later, he received a new heart.

Noah bounced back from it all, but with heart transplants there are no guarantees that the situation is finished for the long haul. As Townsend noted, the family was reminded up front that a transplant is not a cure and, due to the anti-rejection medications a recipient must take, it’s an ongoing process.

“But this was his only option at survival,” Townsend said.

These medications suppress the immune system, so last year, when COVID-19 quarantines began, the Townsends locked down into quarantine. Despite that, Townsend noticed a bit of mild wheezing from her son, and discussed it with doctors. It was agreed there didn’t seem to be much to do but monitor the situation, as it did not appear to be COVID-related.

But one night, Noah told his mother his chest began to hurt.

“So I hear this and it’s like, ‘What? No. Anything else in your body can hurt, but not your chest,’” Townsend said.

The issue was in his lower breastbone, and Noah wasn’t presenting any symptoms of heart-related illness, nor was he dealing with shortness of breath.

But the situation intensified. The two went for a walk one night and had to stop after clearing two houses on their street, as Noah was suffering too much discomfort. 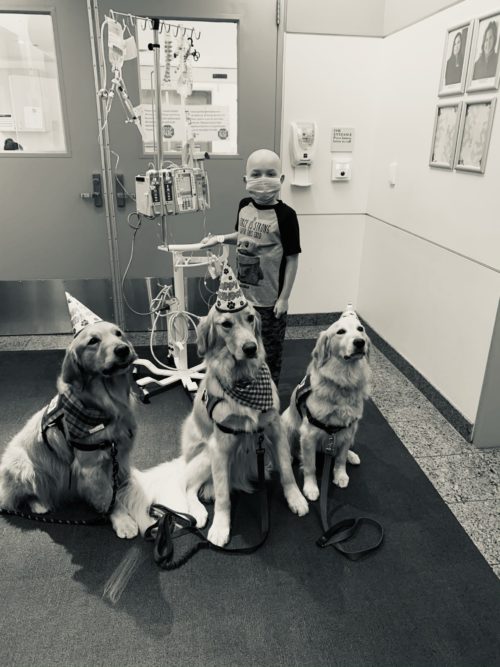 “Forget it, we’re done,” Townsend said. “This is something serious.”

Noah checked into the emergency room and his oxygen level was measured very low, at 82 percent. A scan showed a large mass in his lung. Furthermore – his entire right lung had collapsed, and he was brought into the ICU.

When Townsend heard “a mass” something clicked for her – this was related to Epstein-Barr virus. The majority adult population is Epstein-Barr positive, but the virus remains dormant. For someone with a compromised immune system, however, the risk it becomes active rises. Townsend knew of this because it was a fear that arose when Noah had to undergo treatments for chronic pneumonia he suffered from in 2015, and his Epstein-Barr level was rising. The virus also raises the risk of contracting lymphoma.

Townsend made a call to Noah’s oncologist in Houston, and the next morning Noah was brought to an ICU there. A scan found traces of the illness in his adenoids (tissue just behind the nose, high up in the throat). Doctors removed and tested that tissue and the initial results were mild, non-destructive PTLD (post transplant lymphoproliferative disorder, a type of lymphoma that is one of the most common post-transplant cancers). He would undergo six weeks of mild chemotherapy treatment, which he also did in 2015.

Following completion of that treatment, though, his oncologist found while some areas improved, two other areas – each blocked off by the mass – got worse, even after the six rounds. This would require full, more intensive chemotherapy, and a biopsy to determine how serious the situation was.

That’s when the result of stage 3 lymphoma was found.

Noah went through all of his chemotherapy treatments but one, and before he could complete the final step, another setback – and scary obstacle – hit. He began running a high grade fever and his chest began hurting again. Back in the emergency room, scans appeared to show the cancer was growing and spreading, and a bone marrow transplant was discussed were this confirmed to be the case.

“Or, they said, it could be an infection,” Townsend said. “We went for more scans, more biopsies … they had to rule every source of infection out. We didn’t know what we did wrong. We’re in Houston, not going anywhere … but there are things where, for you or I, there’s no risk to be outside, but for kids with low counts (blood cell) counts and no resistance, it’s completely different.”

It turned out to be a bacterial lung infection. Noah underwent his last course of treatment, and not long after, he was in remission.

Casey said her son has been an inspiration to her.

“He’s kept me going,” she said. “If he’s able to get up, if he has a smile on his face and he’s ready to take the day on like any other day, then I have no business at all doing anything but putting a smile on my face, no matter what we’re doing that day. Maybe it’s a good day, and maybe the next day isn’t so great. But those good days make it that much easier to tackle the bad days.”

She said this situation was different from the transplant in terms of how she handled it emotionally.

“It was some time after the transplant and … I don’t know what clicked, but something did,” she said. “I really lived in fear for awhile. But I realized by doing that, all I’m doing is robbing myself of the time I do have. I can sit here and live in fear of the what ifs, or I can enjoy each moment with him.”

Townsend added the past several months brought her even closer with her son than before.

“He and I bonded so much, even in the hospital. It was like nothing else in the world mattered,” she said. “Nothing. If for just that moment, that hour in a day, where he and I are doing whatever, uninterrupted, that’s all that mattered.” 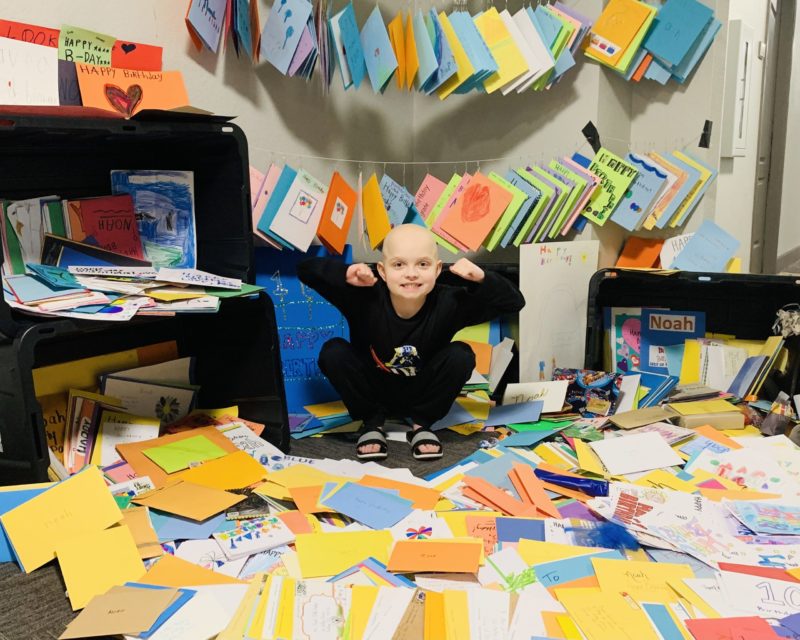 Preparations for St. Charles Borromeo Catholic Church’s Tri-Centennial Celebration this fall are underway, and this month Destrehan Plantation is hosting a tri-centennial dinner and lecture night in honor of the 300th year of the church. […]