With tearful veterans residing at Luling Living Center looking on, American Legion Post 131 raised the American flag again at a location where it had been gone over a year.

“We rebuilt the flag pole, which had been out of service,” said Richard Bordner, second vice commander.

Bordner spotted the pole empty and began to wonder why the flag wasn’t flying. When he realized it wasn’t being flown, he approached Betty Jackson with the center and she coordinated the Post’s efforts to restore it on a flagpole that needed some help.

It was a location the post also knew as one they brought Christmas baskets to veterans. 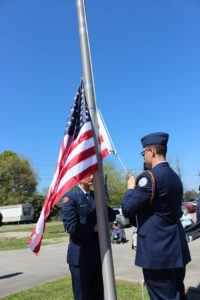 “That’s when we decided we were going to rebuild their flag pole,” he said. “We put that flag back into service.”

“The flags being flown there is important because it shows respects for the veterans housed there,” Bordner said. There were 10 of them living at Luling Living Center as of Christmas, who were brought to the ceremony in wheelchairs.

The post also supports the National American Legion in on bills related to veteran needs such as benefits, which is especially significant in this being the 100th anniversary for the American Legion. 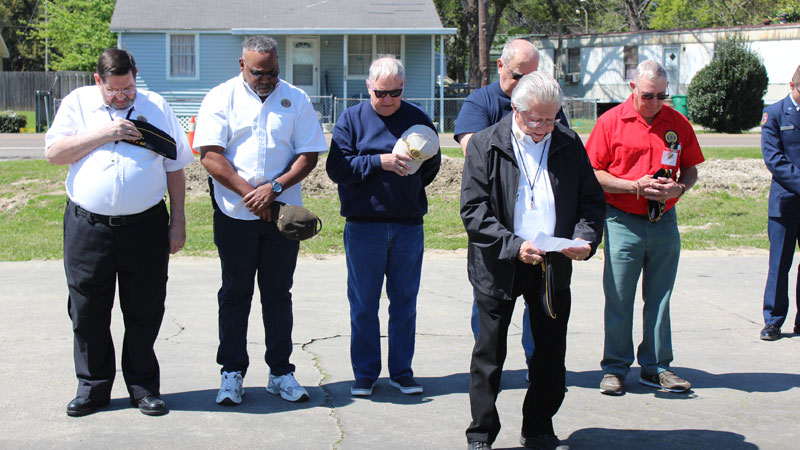 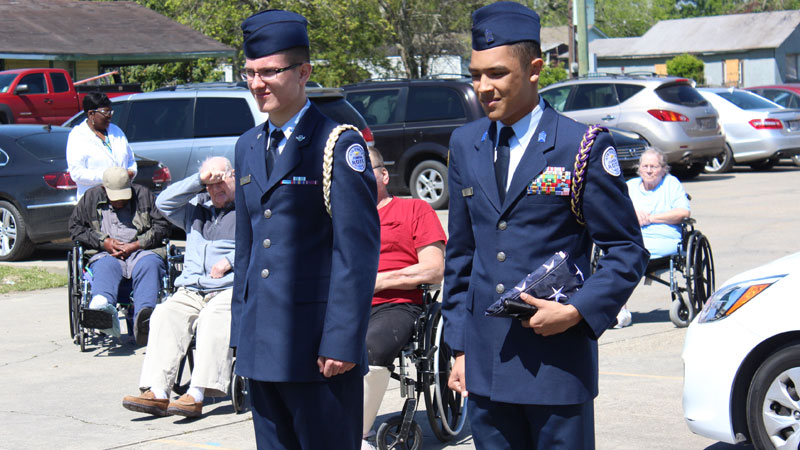