Cheering marchers on, Reanda Fields Pierre led an estimated 350 people down River Road in Luling in Monday’s celebration of what would have been the Rev. Martin Luther King Jr.’s 90th birthday.

“The time is always right to do the right thing,” Pierre told the crowd at West Bank Bridge Park who gathered there for the Martin Luther King Pilgrimage March. She followed King’s quote with the songs, “This Little Light of Mine,” and “This is the day the Lord has made.”

Her songs were followed by her cheering on the crowd with another King quote, “In the end, we will remember, not the words of our enemies, but the silence of our friends.”

In the front row of the march was  MLK Day Grand Marshal Dwayne LaGrange honoring King, too.

“It was an absolute privilege to serve as grand marshal for this year’s parade,” LaGrange said. “The march symbolizes a sense of unity and love for all mankind. Having my wife, daughter, and granddaughter march alongside me was special. It is my hope that Dr. King’s Dream will live on for many years to come. I must admit, that each year the highlight for me is listening to the school aged youth read their award winning essays and remarks from the guest speaker.”

The march served as a means of unity to work for a better humankind, he said. 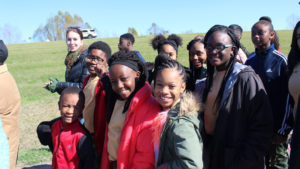 “It’s just awesome to carry on history,” LaGrange said. “I hope he’s proud of all the events that occurred across the country today.”

Organization President Lillian August welcomed the marchers and possibly the largest group they’ve had for a march and event.

“It looks like each year it gets bigger,” August said. “I think we had perfect weather. Everything was perfect.”

The center was nearly filled to capacity for the gathering, she added. 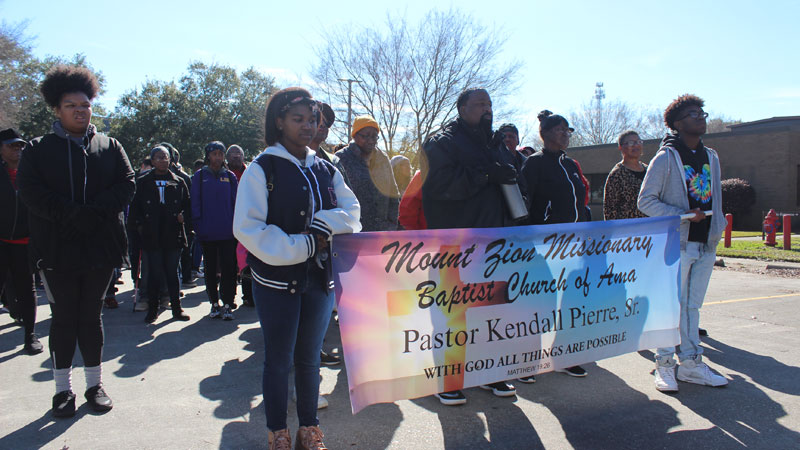 LaGrange also praised the group for its contribution to keeping King’s message alive.

“The organization has done so much over the years,” he said. “They’ve really done some great things to bring this community together, as well as doing things for African Americans by way of scholarships and community outreach events.”

He further thanked marchers who braved the cold and helped remember those who lost their lives during the Civil Rights movement.

“Today, we come together to commemorate and remember his life and legacy, and what he stood for,” she said. “Us coming together every year is a unifying effort to cross those lines – more racial integration, social economics and politics.”

Doves have been a longtime symbol of marriage and partnership. Thanks to a recent local promotion, so are Birdies of a different kind. […]

St. Charles Parish officials are asking local residents to secure items around their homes and continue to stay weather aware ahead of Hurricane Laura’s landfall in Louisiana later tonight. […]