There have been times Vanessa Coleman Miles has considered closing the Jimmy Club, but she can’t do it.

“It’s a lot of work,” Miles said of the St. Rose facility. “But we continue it because the kids love it. It’s special. The camp has been in my family for a long time.”

It’s a 90-year-old inheritance of love and inspiration.

In the 1930s, Miles’ grandfather, James Coleman Sr., started the original Jimmy Club while also attending Tulane University and Tulane Law School. He worked with and trained young boys in both summer and after-school programs until 1962 when Miles’ father, Tommy Coleman, along with his two brothers, Jimmy and Peter, recreated the club for boys. 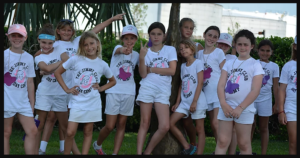 The 14-acre location on River Road already had a large clubhouse, an Olympic size pool and large fields surrounding both, which gave rise to what Miles called the second generation of the Jimmy Club. For four summers, they ran the camp with help from their college friends from Princeton, Stanford, Principia and even Oxford. Their younger sister, Dian, was the arts and crafts teacher. 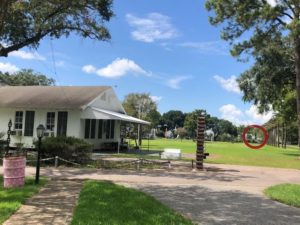 By 1966, when the brothers graduated from college, Miles’ aunt, Dian Coleman Winingder reopened the Jimmy Club only for girls. The first year it drew 50 girls, a number that steadily peaked at 350 over the 25 years she ran the camp. But, by 1990, the camp had declined and was closed.

For Miles, the camp is a second home.

“It’s really a magical place,” she said. “It’s different from any other place.” 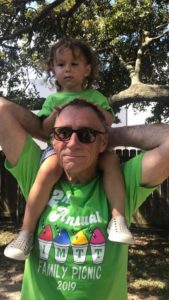 Miles said she was born and raised at the Jimmy Club for girls and started as their mascot.

“I soon became a real camper then a counselor and in 1990 became the assistant director,” she said. “After college, I moved to Colorado and worked with children. The Jimmy Club has always been a part of me and now that I have returned to New Orleans with my family, I am excited to reopen the Jimmy Club for girls.”

In 2005, Miles returned to New Orleans and reopened the Jimmy Club Day Camp for girls. They average 150 girls at each four-week camp held in June.

As many of the campers now attending the camp are the children of mothers who earlier attended it, the Jimmy Club is becoming historical.

“It’s just really a special place,” Miles said. “It was a special place for my whole life, and it’s good for these kids, especially when they’re glued to their phones and video games. I think it’s an important piece of New Orleans and our life. The girls love it.”

There’s no AC and it’s intentional.

“It’s all outside with a big wooden cabin where there are meetings, dance and art,” she said. “It’s just tradition and being outside. I think it’s important these kids get outside. There’s no electronics … just play. It’s part of the philosophy.”

LJ Folse, Jr., native of Des Allemands, Louisiana and resident of Thibodaux, Louisiana, passed away on Saturday, August 29, 2020 at the age of 73. Visitation will be held at St. Gertrude Catholic Church, in […]

Council will vote on temporary replacement for councilwoman before special election

In the aftermath of former longtime councilwoman Wendy Benedetto’s departure, the St. Charles Parish Council will soon appoint a temporary replacement to serve in her role as Councilman at-Large of Division A until the role can be filled via a special election. […]

by St. Charles Herald-Guide - 4 hours ago