At large since November, a person accused of shooting a man in Luling has been arrested and charged with attempted murder. 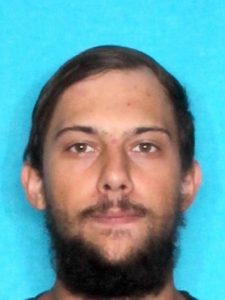 Tyler Anthony Dufrene, 21, of Boutte was arrested in Texas on warrant. He was charged with second-degree attempted murder and possession of a firearm by a convicted felon on June 9.

Dufrene is accused of shooting a man around 1:24 p.m. on Nov. 21, 2018 in Luling Estates Drive, according to the St. Charles Parish Sheriff’s Office. The man was taken to a local hospital and reported in stable condition at the time of the shooting.

Ross Hooper, 20, of 118 Allison Driver in Luling, also involved in the shooting, turned himself in to the St. Charles Parish Sheriff’s Office shortly after the shooting and was charged with principle to attempted second-degree murder. He was released from Nelson Coleman Correctional Facility on $250,000 bond.

Dufrene fled the scene and remained at large until his arrest. He is accused of shooting a man around 1:24 p.m. on Luling Estates Drive. The victim, not identified by the Sheriff’s Office, was apparently shot twice in the back and taken to a local hospital where he was reported in stable condition.

Hunter Johnson, 23, and of Reserve, was sentenced to 30 years with the Louisiana Department of Corrections for the crime of vehicular homicide, stemming from an incident in March of 2021 in which highway worker […]

St. Charles Parish natives Daina Baird and Michael Weber were eager to take a quick, surprise weekend trip with intent on finding relaxation and letting some stress drift away – but that was, by any measure, not to be. […]