When veteran comedian and impressionist Rich Little appeared in a Las Vegas courtroom during the swearing-in ceremony for his U.S. citizenship in 2010, the Canadian native granted the presiding judge an unusual request.

“He wanted me to say the Pledge of Allegiance as John Wayne, so I did!” recalled Little from his home in Las Vegas.

It’s one of many stories Rich recounts in his 2016 autobiography, “Little by Little: Celebrities I’ve Known and Been” (see www.therichlittle.com).

“It’s really a collection of funny stories that have happened to me with the celebrities I’ve worked with over the years,” he said. “I talk a bit about my childhood, but it’s not a tell-all book at all.”

Impressions have been Little’s stock and trade since his school days in Ottawa.

“I would answer teachers’ questions in their own voices. Pretty soon, they stopped asking me questions!” said Little, who turned 80 last November.

That was over 60 years ago. Today, crowds still flock to see the man who claims a repertoire of more than 200 voices. Little is currently performing several shows a week at the Tropicana in Las Vegas.

“It’s going very well and there’s no travel!” he said. “I do a show that’s based on my career and I show video clips of the people I imitate.”

But unlike ordinary comedians, Little says impressionists have double-duty on stage.

“You’ve got to do a convincing impression and also tell jokes in that character,” he explained. “It’s really all about concentration when you do impressions and becoming the person. Sometimes when I really get into Johnny Carson, I’ll come off stage and find myself writing out an alimony check!”

While Little’s fans can expect his book to contain stories about all the big stars like Carson, John Wayne, Jimmy Stewart, and others, there are some surprises.

“There are stories about a number of people I’ve never talked about before like Stewart Granger,” he said. Little says he knew the British actor quite well.

“I was a huge fan because of his (1952) movie, ‘Scaramouche.’ He lived in Palos Verde and I’d see him once a week toward the end of his life. We spent a lot of time together and he was quite a colorful, larger than life character. He was full of outrageous stories and very opinionated so not everyone could take to him, but I liked him a lot.”

“I may make fun of people, but don’t get too mean spirited or use profanity,” he said. “Many years ago when I guest-hosted ‘The Tonight Show’ you couldn’t even say damn or hell. Today, you can say a lot worse, even on network television.”

Little was a frequent guest on a late-night talk show circuit for years and was especially fond of Carson and David Letterman.

“Dave could be silly, but he could also be clever and witty,” he says. “That’s my kind of humor.” 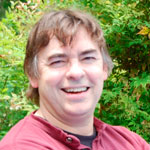 Nick Thomas teaches at Auburn University at Montgomery, Ala., and has written features, columns, and interviews for over 700 magazines and newspapers. See www.getnickt.org