As one of the most popular television shows in the late 70s to early 80s, “Happy Days” helped propel many cast regulars into the production side of show business. Ron Howard, Henry Winkler, Don Most, and Anson Williams all achieved recognition behind the camera as producers, directors, and/or writers.

He also branched out into the business world selling dozens of products on QVC and is especially gratified with a more recent business venture, Alert Drops (see www.alertdrops.com), a simple spray he developed to prevent drowsy drivers from falling asleep behind the wheel.

“It’s a common but often neglected problem,” said Williams from Los Angeles. “Just a spray of Alert Drops on the top of the tongue produces a reflex reaction that causes the body to release a burst of adrenaline and you’re instantly awake.” 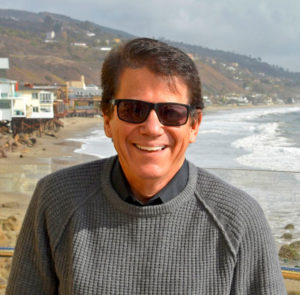 Williams experienced the dangers of drowsy driving back in the late 80s while working on the “Slap Maxwell” TV series.

“After a rough day directing in the hot Palmdale desert, I was driving home and suddenly found myself bouncing around in the car off the road,” recalled Williams. “I’d fallen asleep and was extremely lucky I didn’t kill myself – it scared the heck out of me! We’re now saving lives every day, which is very satisfying.”

Nick Thomas teaches at Auburn University at Montgomery, Ala, and has written features, columns, and interviews for over 700 newspapers and magazines. See www.getnickt.org

The American Pickers are headed back to Louisiana next month and plan to film episodes of The History Channel hit television series here, and all they need is one thing – your hidden treasures. […]

Local viewers should notice quite a few familiar settings when NBC’s The Thing About Pam premieres in March. […]