The late Paul Candies was a pioneer of the drag racing, fishing and business world, and his hometown of Des Allemands can proudly reflect upon what is now officially recognized as a Hall of Fame career — and life.

Candies was officially and posthumously inducted into the Louisiana Sports Hall of Fame at a ceremony hosted by the Natchitoches Events Center in Natchitoches on June 30, honoring a man behind the dominant Candies and Hughes drag racing team that won a whopping 45 events between 1970 and 1994, 28 of those NHRA championships in the Funny Car and Top Fuel classes.

“He was head and shoulders above the rest, above any other person in the sport of drag racing in the history of Louisiana,” said Cary Menard, longtime drag racing enthusiast and former NHRA executive. “His accomplishments are unmatched.”

Candies and Hughes was the result of a partnership between Candies and Leonard Hughes, and that union quickly found results. They came together in 1964, and by 1968 they set a national Funny Car class record in the National Hot Rod Association, recording a time of 7.87 seconds in LaPlace.

A year later, Candies and Hughes established a new national speed record and won at the Winternationals. The wins kept coming, and eventually the team became the first ever to win NHRA and IHRA championships in the same year. Candies went on to win five IHRA Championships, two NHRA titles and banked nine top five seasons, and Candies and Hughes was universally regarded as one of the most successful drag racing teams in history.

He helped guide his father Otto’s business into one of the country’s largest marine transportation companies. With Candies and Hughes, he was equally effective business-wise, bringing in major sponsors that not only helped his team grow, but benefitted the sport as a whole.

Another well-known accomplishment of Candies’ is represented by the heights the Grand Isle International Tarpon Rodeo has reached. He was the chairman of the annual summer event and became known through that role as the “Granddaddy of the Tarpon Rodeos.”

The event, started in the 1930s by his father, blossomed under Paul’s supervision in the 1960s. It evolved into an event that draws more than 15,000 fishermen and tourists to Grand Isle annually.

“It blew up when Paul Candies took over,” said Brent St. Germain, former president of the Louisiana Sports Writers Association. “(The Granddaddy nickname) really hits, because he helped this rodeo expand to more than a local regional tournament. People come from all over to Grand Isle to fish in this tournament … the reason it’s going so strong is Paul Candies.” 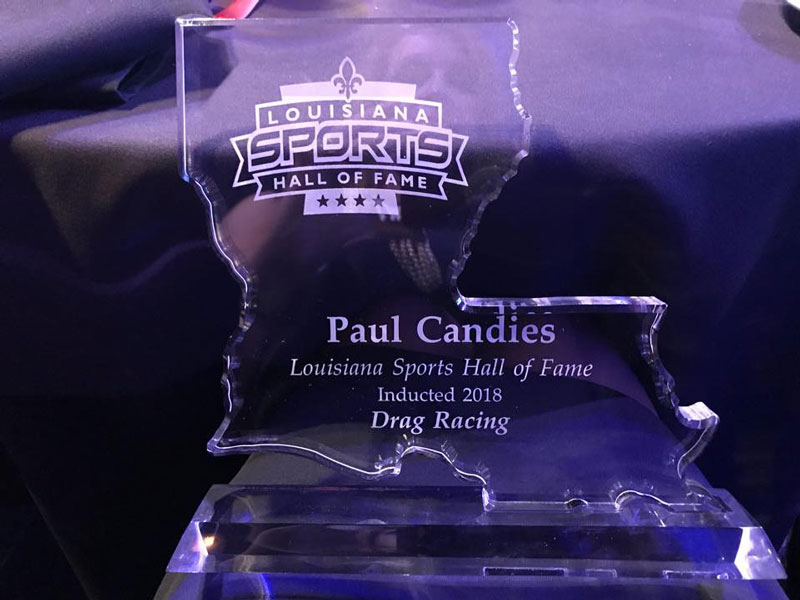 Jake Lemmon doesn’t remember much at all from the weeks following his serious auto accident last year. At the same time, he’ll never, ever forget. […]

A Des Allemands man was arrested last week after he allegedly fired a shotgun at a Luling home. […]

Lou Valdin is no stranger to playing through pain.

And though the former longtime Hahnville head football coach channeled that experience into a different area this time around, in many ways he’s never been happier to do it. […]