I can appreciate the irony — even if I don’t have to like it.

When LeBron James joined forces with Dwyane Wade and Chris Bosh in Miami in 2010, forming the first free-agency fueled creation of the NBA Superteam era we’re witnessing, there was a great deal of handwringing.

All three players were considered firmly as top 10 NBA players, with James himself topping that list, and it was thought the Heat would render the rest of the league’s championship hopes completely irrelevant for years to come.

The Heat weren’t a failure by any means. Two championships to go with two other NBA Finals appearances is certainly an outcome any franchise would sign up for — maybe save one, these days, but more on that later — but it wasn’t the league-breaking creation many awaited or feared. There were a number of factors that led to that, not the least of which was the premature, physical breakdown of Wade’s body.

The league isn’t getting off that easy this time around, it appears. 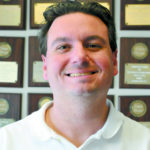 Thursday night kicks off the NBA Finals, as James leads his Cavaliers into a seemingly unwinnable battle with the league’s new Goliath, the Golden State Warriors, a team so stacked and so relatively young across the board that it’s hard to imagine James, or anyone else, getting over on the team anytime soon.

James has traded in his black hat, no longer the leader of an antagonist league bully, but the NBA fanbase’s only hope to fell the Warriors this season.

James wrapped up his business in Miami and opted to return to Cleveland to attempt to lead his hometown Cavs to a championship — and perhaps atone for leaving in the first place — and did just that three years ago. It was the ultimate feel-good story, and you couldn’t have written it any better. The Prodigal Son returns home and leads his hometown team, against all odds, to defeat a 73-win Warriors team in seven games, the seventh on Golden State’s home floor.

Of course, then the Warriors signed Kevin Durant.

You know Durant. The near 7-footer who blends a center’s height with a wing’s mobility, has limitless range and can get to the basket at will. The Durant who was considered James’ closest rival prior to signing with a SEVENTY-THREE win team.

Why does this team anger so many fans? I can count the reasons, at least from my own standpoint …

*Durant joined the roster via loophole. The Warriors are the best organization in the league in my eyes, so this isn’t a “They don’t deserve” situation. They built the team of the future before Durant ever arrived, drafted almost all of their key players and won a league record 73 games in 2015-16.

But the ability to sign Durant had almost nothing to do with any of that.The Warriors were able to sign Durant to go with three other NBA All-Stars, and sacrifice very little in doing so, because the league’s latest Collective Bargaining Agreement jumped every team in basketball to enough cap room to sign a max salary player.

Golden State added the best player almost completely by virtue of being the best team at the time, the ultimate “the rich gets richer situation.”

*I loved Golden State! The Warriors were so fun to watch when Curry was the lead guy, and the team was built with incredible foresight and fantastic draft picks. Obviously, you add Durant if you have the means. But their success feels somewhat cheapened now.

*We should be so lucky to be fans of a Houston or Cleveland. The Cavs have a title and are basically rolling through the East to a Finals each year. Houston figured out how to piece together a bit of Warrior kryptonite. For the rest of the league? Barring injury, you have a ceiling on you.

So I hope the Cavaliers shove this article in my face and manage to push the Warriors. I really do. But in the event we see a repeat of last year, where Golden State easily won in a drama-free five games, just remember: Durant is 29. Curry is 30. Klay Thompson is 28. Draymond Green is 28.

The end is not here yet, and as we gear up the fourth consecutive year of Warriors/Cavs, the NBA’s other teams can all wait in line.