An emotionally-charged Tiger Stadium packed with fans from both sides of the river in St. Charles Parish awaited Hahnville and Destrehan Saturday afternoon as the two teams took the field to open the 2021 season.

Its debut delayed by a month due to Hurricane Ida, Destrehan would have to wait a quarter before scoring its first points of the day. But after crossing the goalline early in the second quarter, the Wildcats never stopped – Destrehan steamrolled to 42 unanswered points to capture a 42-7 victory over their cross-parish rivals.

Four different Destrehan players scored rushing touchdowns in the most decisive victory the rivalry has seen since 2015, a 49-23 DHS win; the greatest victory margin of the previous five meetings of the teams has been 13 points. Quarterback Jai Eugene accounted for two touchdowns, one on a run and one through the air. 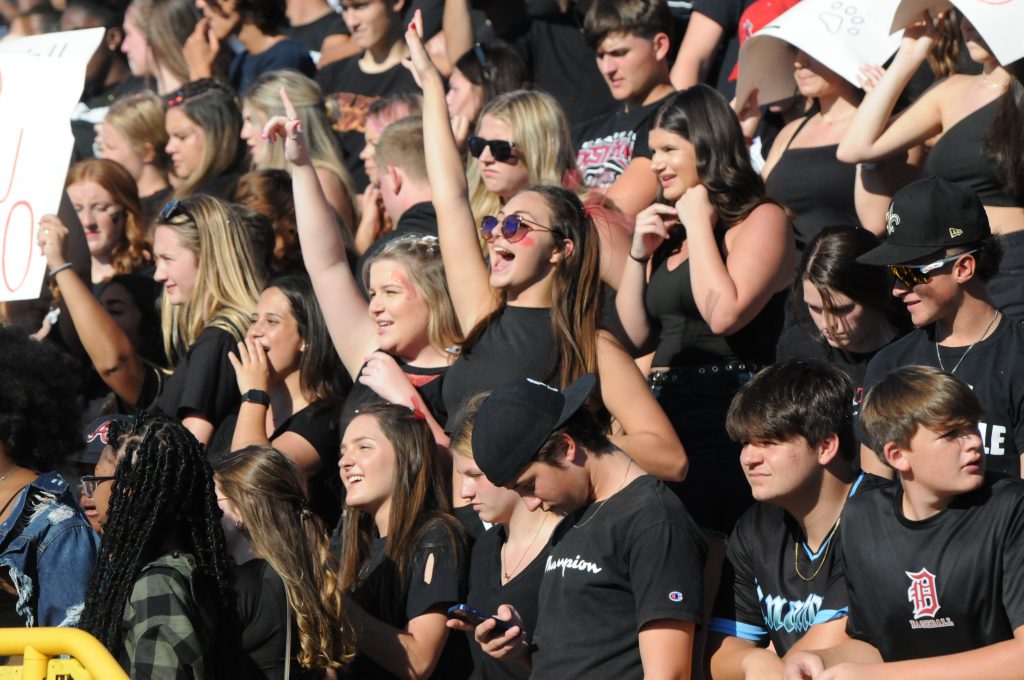 “It’s big,” Eugene said. “This is one of the biggest rivalries in the country … for us, it was about gaining momentum, playing as a team and keeping everyone level. It’s all about winning.”

The final score would not have seemed likely after a quarter of play that saw Hahnville appear to seize control early. Tigers quarterback Donovan Friloux scored on a run to give his team a 7-0 lead, a touchdown set up by a Friloux to Troy Kendrick connection that went for a long gain.

But as the first quarter ended, the Wildcats began to assert themselves physically through the running game. Eugene found running back Brandon Freeman, who made a catch and run to convert a long third down. Freeman ripped off a 10-yard run on the next play and Destrehan was on the move. Eugene took off for a 12-yard rushing score with 10:25 left in the first half to tie the game.

“We got off to a slow start last year, and we didn’t want to repeat that,” said Destrehan head coach Marcus Scott. “We didn’t play up to our capabilities at the beginning, but we got on track from there.” 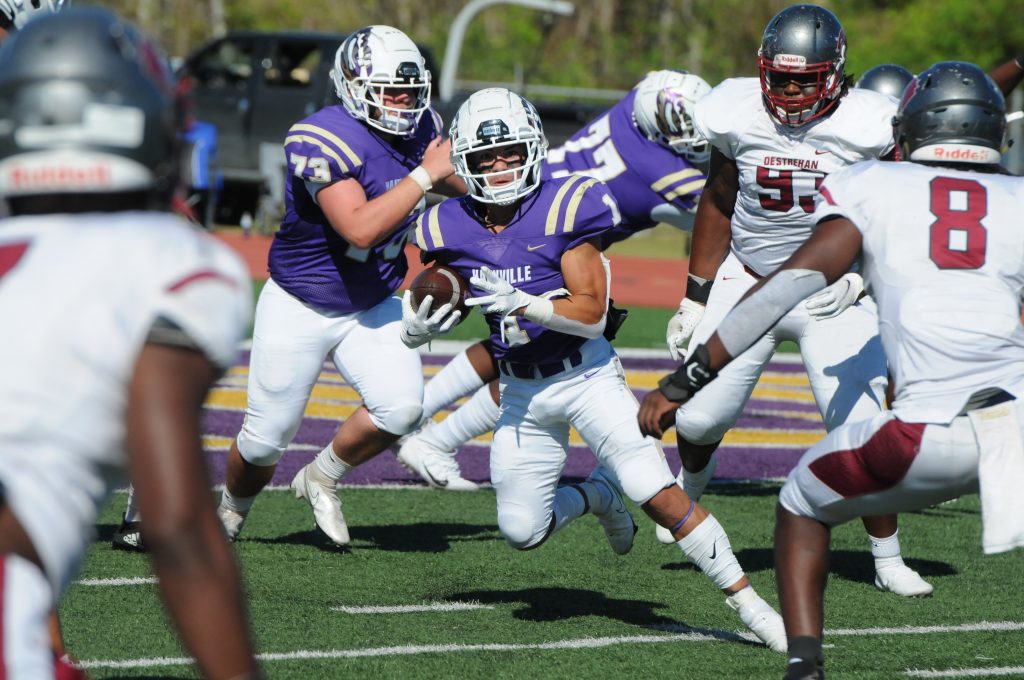 On Hahnville’s next drive, head coach Daniel Luquet made a call to go for it from his team’s 30-yard line on a 4th and 1, and Friloux converted on a run. But Hahnville couldn’t sustain the drive off that momentum – Destrehan linebacker Kolaj Cobbins made his second big hit of the series to stop Friloux on a third down and the Tigers had to punt.

Another key conversion by Destrehan came on a third-and-9 when Eugene fired over the middle to Leslie Jefferson for a big gain to mid-field. It helped set up a 25-yard pass over the top by Eugene to Daniel Blood for a touchdown that gave DHS its first lead.

But the most critical series of the game may have come next. A directional kickoff by Destrehan was fumbled out of bounds inside the Hahnville 5, pinning the Tigers back. A second fumble moments later was recovered by Destrehan’s Joshua Robinson and DHS had the ball at the 2. Shane Lee punched in a 3-yard run to give DHS a 21-7 lead with just over a minute left in the first half, and that lead held at halftime – a Cobbins sack at midfield ended the second quarter.

“You have to protect the football, and you have to do the things you need to do up front on both sides of the ball,” said Luquet. “We didn’t do that, and when that happens, you get your tails whipped by a good team.”

Destrehan (1-0, 1-0) marched downfield for a score to open the second half. This series belonged to Trey Nixon, Freeman and the Destrehan offensive line, as the Nixon popped loose for a 20-yard gain before Freeman broke free from beyond 30 yards for his second touchdown a few plays later to make it 28-7. 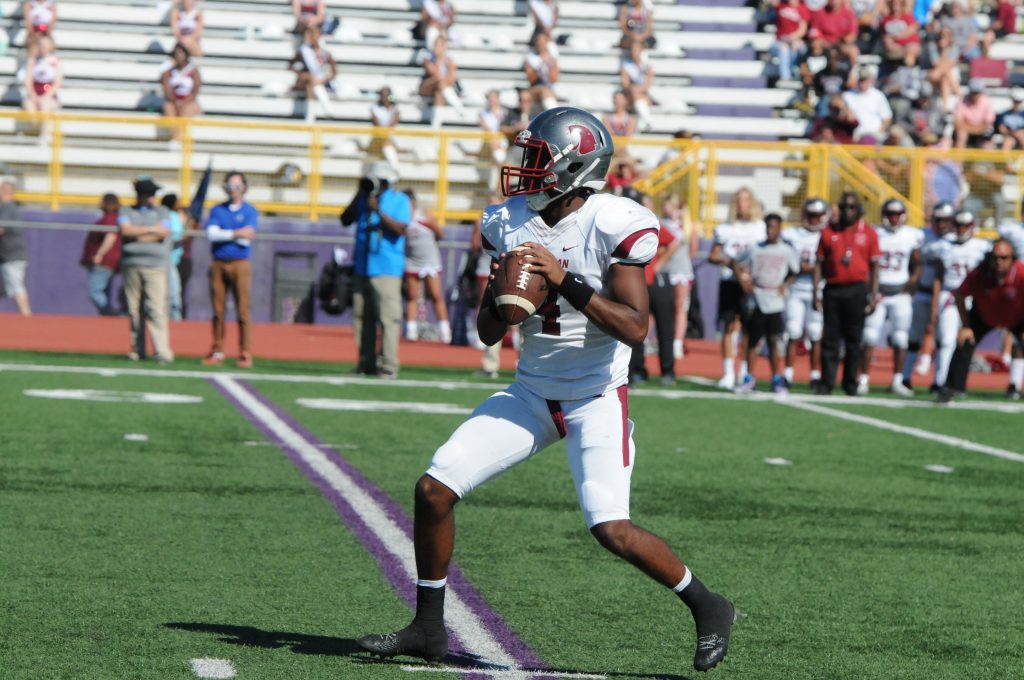 “We’ve got four backs all capable of making plays,” said Scott. “They ran hard today and our line did a good job of giving them room to run.”

Hahnville (0-1, 0-1) went for it on fourth down again, but this time Robinson made a stop in the backfield to create a turnover on downs. Eugene went up top to Calvin Bullock who made perhaps the highlight play of the day on his long reception, setting up a short Patrick LaBranch touchdown run to begin the fourth quarter.

Running back Dillon Ward scored the final touchdown of the day late in the game after Hahnville lost a fumble deep in their own territory.

Luquet said Destrehan took the game over on the line of scrimmage. 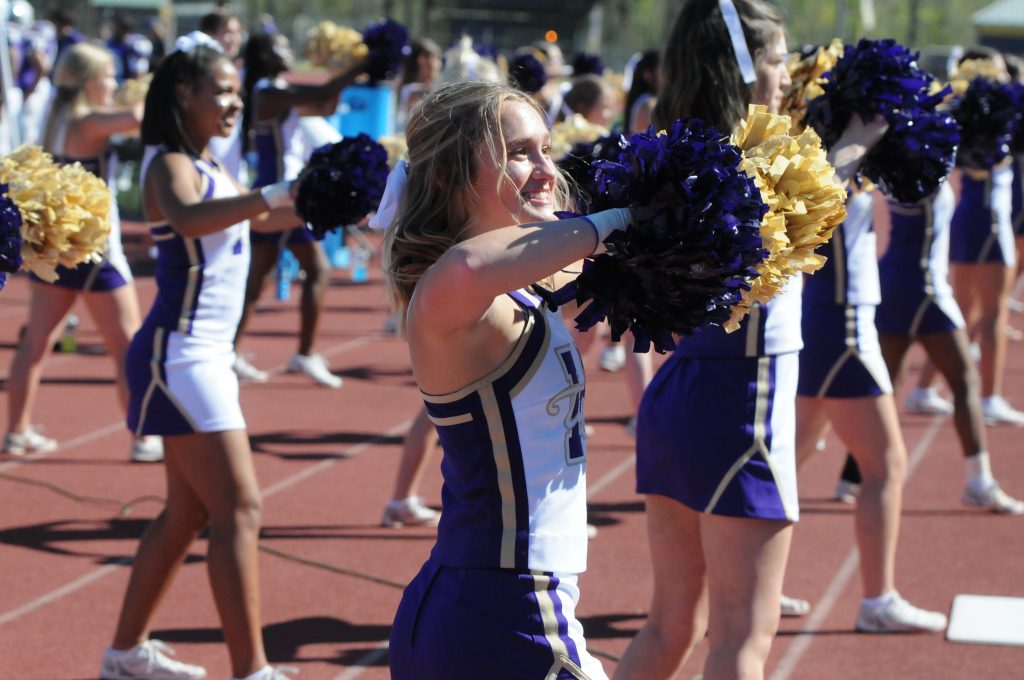 The situation was a very unique one for a season-opener. The teams have never before opened the season with their renowned rivalry game, which also served as the District 7-5A opener. Many players were making their debuts in the spotlight.

“You have a lot of guys playing for the first time. Young, inexperienced … you were hoping to have those three games underneath you before playing Destrehan. But at the end of the day, they (Destrehan) didn’t play three games. That offensive line, that defensive line, they’re the real deal. They did what we expected, run the rock. And when it came time to pass, Jai Eugene, you give him a running lane and he puts his foot in the ground, that’s a Power 5 (conference) player.”

A very big crowd was in attendance, many of which perhaps enjoying their first true spectator event or community outing in quite some time, with post-Ida fallout commanding the bulk of attention over the past several weeks. Hahnville and Destrehan’s campuses were damaged and while a date to return has been set, school is still not in session. It’s unclear as to when a full return to normal for the area will arrive, until then it’s a day-by-day process.

“It’s been different,” Eugene said. “We haven’t been able to go into our school building at all. We’re just staying outside. An adjustment is all it is.”

But Saturday offered a chance to forget about all of it for a few hours.

“I just wish we’d have given them a better game,” Luquet said.

Added Scott, “We’re all dealing with our own personal issues right now. So, giving the community a chance to come out and not worry about what’s going on for a few hours, we all need that.”

What started as a way for one local mother and daughter duo to spend time together after Hurricane Ida has become a way for the two to raise money for storm victims. […]

Tigers hit the road, look for turnaround against Thibodaux

The Tigers very much still have the postseason in their sights, but as Tigers coach Daniel Luquet warned, that work cannot wait. […]