The Destys earned first place for hip hop in their division along with the Technique Award. They were also awarded the Louisiana Sweepstakes Award for having the highest scores in their division making them the 2020 Division 1 High School Louisiana State Champions. The Destys have held that honor for the last three years. The Destys were awarded first place in the state for their hip hop routine having the highest score of all hip hop numbers in attendance and third highest of all divisions for jazz. 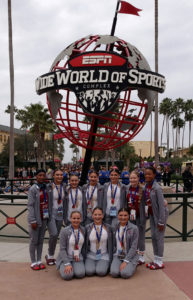 The Destys also just returned from the 2020 Universal Dance Association National Dance Team Championship held at ESPN competing against the most talented and prestigious dance teams across the country. The Desty Darlings made school history this year making it into finals for the first time in jazz. They are ranked 16th in the Nation out of the 70 teams they competed against in Small Varsity Jazz.