Ralph Schexnaydre Jr. believes everyone has the potential to create, if they seek it out within themselves.

For the St. Rose native, his outlet is photography, which he calls his addiction.

“It’s because you have to do it, and nothing else fills that void for you,” Schexnaydre said. “It’s like eating and breathing, you have to create.”

Schexnaydre finds inspiration from a variety of places, as he has when he first took up the hobby in the mid 60s after his parents bought the family’s first Polaroid camera. But his specialty is landscape photography, for which he has developed something of a sixth sense for. 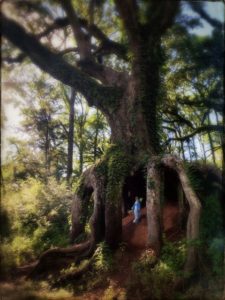 “When I’m out there, I’ll see something, put this and this together, this in the foreground … and it’s almost as if the landscape itself tells me, ‘No, you need to be over a little further here, or down a little here,’” he said with a laugh. “There are times a landscape tells me how to take the picture. When I go shooting  those situations, I go with an open mind and allow things to happen … tune in to what’s going on in that environment.”

Such was the case with a grove of oak trees along Bayou Teche, just outside of Arnaudville. He came across the area while out “chasing smoke” in search of sugar cane fires to capture.

He described one of the trees with approximately eight feet of its roots exposed “like large fingers penetrating the earth below,” and another with its roots crossed like human legs, its feet buried in the earth.

“The place felt like a cathedral,” he said. “Awe inspiring.”

He found the trees four years ago and has been photographing them ever since, calling them his “Sacred Trees.” 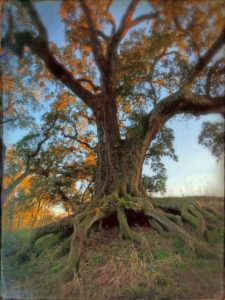 When shooting, he likes to capture more than just a scenic image. Ideally, he wants his pictures to each tell a story, or perhaps more accurately, to capture the story that environment is communicating to him as a photographer.

“I went back a few weeks ago to see them … they were just as majestic,” he said. “I could still feel the struggle of how these trees had survived, maybe not just to survive, but to thrive. They became a metaphor for survival in the face of catastrophe. They became the guardians and protectors of the area around them, their deep foundations keeping the earth intact, and allowing the other trees to survive as well.”

Much of what he does, he describes as an attempt to express the majesty of nature, and the unique sights it offers.

“You don’t run across things like that very often,” he said. “Oak trees all age differently. Growing up in South Louisiana, you see a lot of old oak trees, especially in St. Charles Parish. These just seemed to have a story that needed to be told.”

As he alluded to, his St. Charles upbringing has a lot to do with why he’s so in tune with nature and the many stories to be told through its creations. 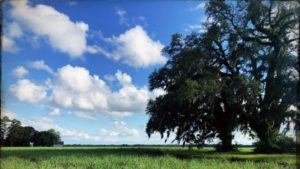 “I grew up very close to nature,” Schexnaydre said. “Two blocks away from the Mississippi River. Three away from the swamps. As a kid, we went hunting, fishing, all those things we do growing up in South Louisiana. So, from an early age, I always had some affinity for landscape. It’s been a recurring thing in my life. I want to do it in all sorts of ways.”

“It’s like eating and breathing, you have to create.”    — Ralph Schexnaydre Jr.

He began taking photos at the age of 12. He also captures his artistic visions through his drawings, a skill he sharpened through his high school years by making banners and decorations for homecoming and prom dances.

Locally, shooting along the river banks stands among his favorite locations to find inspirational imagery.

One thing he says he’s learned over the years of refining his art is that the simplest things can offer a powerful message.

“We’re all bombarded with so much visual distraction every day … I think as humans, we cope with a lot of that by shutting ourselves off to it, to not pick up all that stimulation,” he said. “But I find a lot of inspiration in things I think most would find to be just visual clutter. Keeping my mind open, allowing myself to really perceive a scene … it’s a major component of what makes a wonderful photograph.”

A natural eye for nature 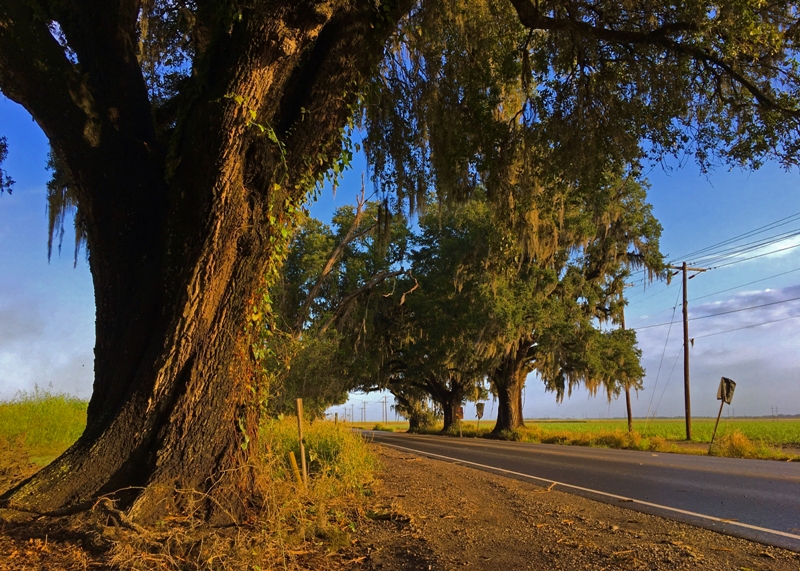 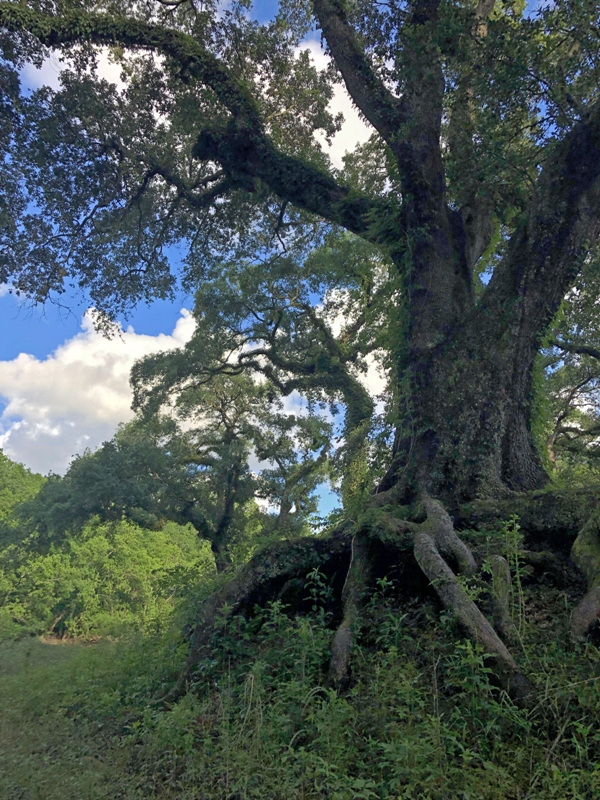 Daniel Luquet grew up watching his father Marty guide his prep baseball teams to win after win, and knew he wanted to one day be just like him. […]

Ochsner partners with local organizations and businesses to re-open safely

Ochsner Health has been on the frontlines of the pandemic response, caring for many of Louisiana’s COVID-19 patients. While the COVID-19 fight is not done, Ochsner officials said Ochsner has a responsibility to help its communities stay healthy and safe – which includes equipping business owners with the tools and resources they need to welcome back their employees and customers. […]

Betty Jackson is used to planning social events for the residents of the Luling Living Center, but this year she had to figure out something different for Mother’s Day because of the coronavirus pandemic. […]