When Professor Michael Blakey examined the bones of human skeletons from two historic slave cemeteries in the Bonnet Carre’ Spillway, he recognized them as people who endured hard labor, poor health and diet.

The Kugler and Kenner cemeteries at the spillway are named for the former property owners, and are located about a mile apart in the spillway on land bought by the federal government. Plowed over for the spillway control structure, forgotten and rediscovered in 1986, the cemeteries are now listed on the National Register of Historic Places.

His examination of dental remains showed the slaves were generally unhealthy and on a diet of mostly starchy foods, including flour, corn, peas, yams, potatoes, sugar, rum and salted fish.

A former Howard University archaeology professor and current National Endowment for the Humanities professor at the College of William and Mary in Williamsburg, Va., Blakey hopes a more thorough study of the remains is done.

“Much of the written record of the former enslaved has been neglected,” he said. “Archaeology is what is used to uncover this record. The living people are not here, but the remains are.”

He’s seen it before in the skeletons of sugar plantation slaves in the British Virgin Islands, and their remains reminded him of those found in the Bonnet Carre’ Spillway.

“The remains were striking,” Blakey said. “I remember them very well. These were people who lived a life of arduous labor, there’s no doubt about that.”

Overall evidence show women working harder and harder during the 18th century, he said. Use of male slaves became more restricted, likely by Virginia slaveholders to control them as they became associated with rebellion. A large percentage of men were sent to the South, and some were buried in these cemeteries.

Today, they are grassy fields and now under the floodwaters of the Mississippi River, which the Corps of Engineers’ archaeologist assesses after every flood recedes to ensure the two cemeteries, dating back to the 1800s, aren’t exposed.

Nearly 300 African Americans are buried there, many believed to have been enslaved at nearby plantations, according to Corps officials.

A Corps master plan is being considered that would call for placing plaques and markers in the area, which Boyett said would be aimed at making the area more visitor friendly. There is no timeline yet on when the markers might be installed.

“When we discovered there were cemeteries there, there were remains,” he said. “They’ll be reinterred once we have the plan.”

Boyett said operating the Bonnet Carre’ brings attention again to the cemeteries, which are important cultural and historic sites. Evidence indicates that the cemeteries were still being used post slavery. 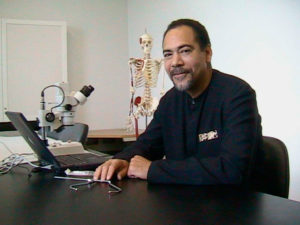 In 2012, when the Corps of Engineers sought public input in the plan, Margie Richard of Destrehan said her grandmothers and great-grand parents were buried there and called the plan long overdue. She is among 130 known descendants the Corps documented at the time of whom were invited to the public hearing, which was held to discuss ways to memorialize the cemeteries that can withstand flooding waters when the spillway is deployed.

Richard told the Corps, “We are looking at a part of history that would die. I think it’s been overlooked too long.”

Olivia Julien has a goal to spread messages of hope across the Hale Boggs Bridge, and she is one step closer to achieving that goal after this month’s St. Charles Parish Council meeting. […]

Amelie Gautreaux and Mia Stewart were crowned this month when eight women vied for the titles of Teen and Miss Alligator Festival. […]