Shelby Kliebert remembers her hesitance to leave her Norco home in the days leading up to Hurricane Ida – just 10 days earlier she and her husband welcomed their newborn daughter into the world to join the couple and their 1-year-old son.

“We were torn on leaving,” Kliebert said. “Obviously, I was still recovering, we had a newborn … we knew we’d lose power eventually, so we decided to leave ultimately.”

They left their home, and haven’t returned to live there since.

Of course, they’ve been to the site of what is now a completely gutted home thanks to the damage inflicted by Ida. But battles with insurance have resulted in setback after setback in what’s been a, to date, futile attempt to return to their house for good.

“The contractors can hopefully start tomorrow with construction,” Kliebert said Sunday. “They’re confident within six months it will be done … at this point, I’m not holding my breath.”

Kliebert first thought her home had suffered relatively minor damage. Her mother and stepfather had stayed home through the storm and went out to the site right after the storm, but in the dark of night only so much was apparent.

“A broken window, the fence was down … things looked to be OK otherwise,” she said. “Then the ceiling had fallen through. There was obvious roof damage, and all of our windows broke through.”

The insurance fight has been maddening, Kliebert said.

“We went through multiple inspectors,” she said. “One didn’t even include the whole house on his sketch, so not everything was accounted for. Another came out and said I need to get my tarp removed within 24 hours, telling me ‘I can’t do my job if you don’t,’ which came across as a threat like we wouldn’t get any money at all. Then the third adjuster lived in Chalmette for Katrina and was very empathetic to our situation. They did the complete inspection.”

By this point, they were all the way in February, and even from there it’s been a slow process.

“Every time we turn something in with insurance, it’s you need this, or you’re missing that,” Kliebert said. “One told me I wasn’t working hard enough to find a contractor. I had a spreadsheet with 30 contractors to reach out to – nobody would take up my house because they didn’t have laborers, materials, enough time …

“The insurance company said, ‘Are you doing your part in this partnership? Because we’re in a partnership here.’ We are not in a partnership. I pay you, I am your customer, and I’m doing well beyond what I should have to do – but I have to get my babies back home.”

Due to the length of the process, Kliebert’s parents ultimately purchased a home in Destrehan for Kliebert and her husband to rent while work on their home is done.

“That’s been a definite relief,” Kliebert said. “We lived in a trailer for about two months with no working A/C. It was small and we have four people here with two toddlers … it was just not a good experience.” 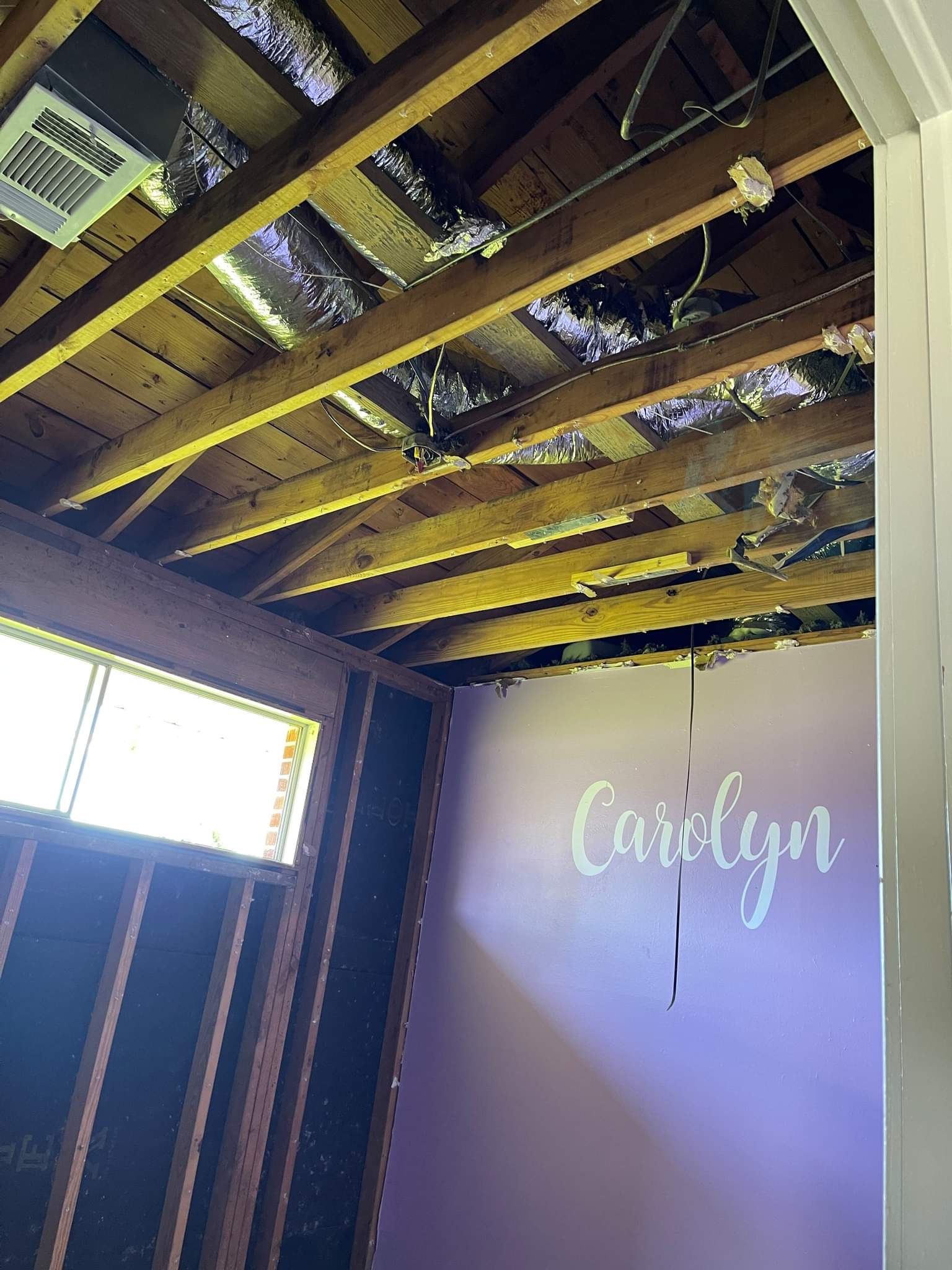 Nicole Cook-Ficaro and her family of four – or of six, counting their dog and cat – have been making it work in a trailer since the storm, as they too have been on a seemingly unending journey to return to their severely damaged home in Destrehan’s Ormond subdivision.

“The biggest challenge is trying to maintain our sanity,” Ficaro said. “I think it’s the hardest on the kids. They don’t have some of their favorite things … they’re 7, twins. I just hate not knowing. We were thinking we’d be back home by January. They just started the floors and cabinets … I honestly haven’t asked for a new estimate on time, because I don’t want to go through that disappointment all over again.”

She said nonetheless, she’s hoping it will be by Thanksgiving. In the meantime, the ordeal has been not just mentally taxing, but a burden financially.

“It gets costly. We have to go out and buy things we know we have, but we can’t really get to them,” she said. “This was our dream house. We loved everything about the way it was. So having to tear all of that down and rebuild is difficult to begin with, and then you add the headache of waiting for everything to come in.”

And just as in Kliebert’s case, insurance has been a pain for Ficaro as well.

“We had to get Louisiana Citizens, and that increased. And it possibly will go up even more for all of us next year,” Ficaro said. “It seems really unfair. They talk about it when it happens, but then it seems like the state just moves on.”

The lone silver lining she finds in all of this is her family has grown closer together through the adversity.

“The closeness … the kids, my husband and I have so much more time together,” Ficaro said. “The kids have learned to appreciate things that so many don’t at that young age. So many things are replaceable, but relationships aren’t.”