Respect she says, is a two-way street, and real respect cannot come without trust.

“Those two things go hand in hand,” said White, in her sixth year teaching social studies at R.K. Smith and her seventh year overall as a teacher. “Once you have both, you’re able to build ground where students will work for you because they want to make you happy … they know even if I am correcting them, it’s because I want what’s best for them. It’s not ‘listen to me because I say so.’

“Once you lay down that foundation, you build a community. You’re a family in that classroom. And that breeds success.”

That philosophy is part of what makes White, in R.K. Smith Principal Harold Blood’s words, a calming influence that makes students feel comfortable and secure when asking questions.

“She instinctively knows how to put people at ease. She’s one of the nicest people you would ever want to meet,” Blood said. “Students love being in her social studies class. They say she makes it fun and exciting, and I’d say that’s because of her knowledge of the subject and her continual efforts to stay abreast of the curriculum and of current events.”

In her own days as a student, White did not know early on that she wanted to be a teacher. But she said it’s simply in her blood: her mother was a longtime teacher in St. Charles Parish, and White said that was a major influence on her childhood.

“We’d be out of school during the summer, but she had us waking up doing our routine like we were still in school. She was always teaching us from home,” White said. “She just had that personality, like I think all teachers have similarly … just always willing and eager to teach.”

Her father, likewise, would have his own influence. A history buff, he loved to tell White stories about the past, and she said that is part of what guided her to teach social studies. 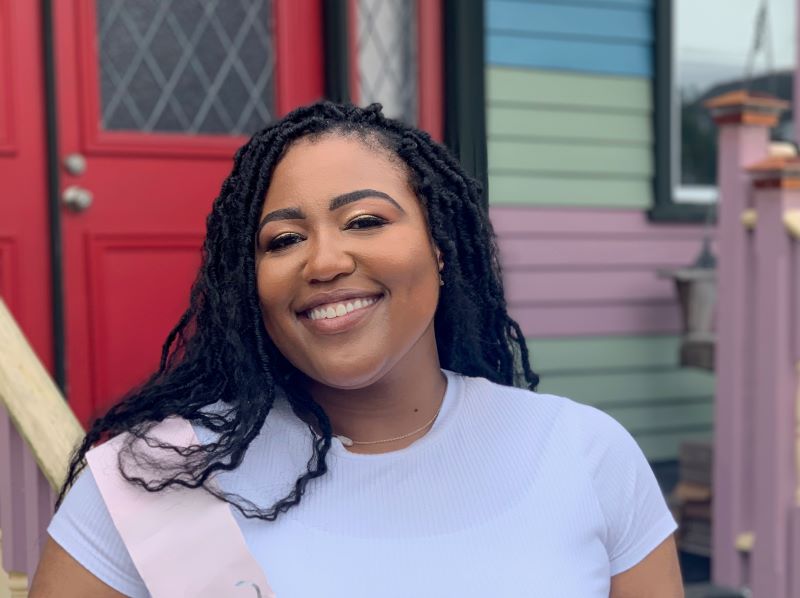 And like her father, the past fascinates her, because you can see so much of it in the present.

“You can directly relate it to what’s happening now,” White said. “I work really hard to tie whatever we’re talking about to something current day, so they can see history does repeat itself … some of the things our ancestors struggled with thousands of years ago are still struggles today. You want to make it relevant to what’s happening in the real world today.

“I tell my kids every year, social studies might not be your favorite subject, but my goal is that when you leave the classroom, you can say, ‘Wow, I like this, it’s really interesting.”

Blood called White a people person; White says in this profession, you kind of have to be.

“You’re with people’s children, their babies,” White said. “Middle school, high school … doesn’t matter. My sister always said we’re customer service … we have to make sure the parents are happy as well. You’re interacting with people all the time.”

White will also receive a $25 gift card from Birdies.