‘I will leave a pile of bodies’

A Kenner man was arrested last week after he allegedly made threats on social media saying he would “blow up” FedEx in St. Rose after becoming angered an expected delivery was not on time. 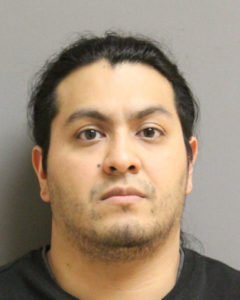 Ronald Lopez, 27, of 2009 10th St. in Kenner, was arrested and charged with terrorizing after allegedly posting the following message online: “I’m bout to blow up Fed Ex in st. rose (sic) (expletive) not even funny. I will leave a pile of bodies.”

After being made aware of the comments, the St. Charles Parish Sheriff’s Office issued a warrant for his arrest.

Lopez was released on bond from Nelson Coleman Correctional Center.

Sheriff’s Office spokesman Capt. Pat Yoes said the man was upset over what he viewed to be a delayed delivery.

The arrest and social media post came at a time when anxieties about potential attacks are heightened.

On March 12, two package bomb blasts just miles apart in Austin, Texas, killed two women and wounded a teenager. That came less than two weeks after a similar attack took the life of another man in Austin. Two more bombings in the area occurred in the past week.

After 17 victims were killed in a shooting at Jennings High School in Florida on Feb. 16, there was debate surrounding whether there was enough response to earlier warning signs that the alleged shooter, Nikolas Cruz, had given through his behavior leading up to the event, including reportedly disturbing messages he’d made on social media.

Yoes said that there should be no misconception: people are responsible for their words as well as their actions, and authorities do not take threats lightly.

“Hiding behind a keyboard and often with made up names, many feel empowered,” Yoes said. “Even if we have the legal right to make social media posts, we all remain accountable for our words. Making threats against the safety of others has consequences and despite what many think, there really is no anonymity in social media. Investigative tools more often than not will lead us to the offenders.”

Artrageous to blend visual and performance art on stage at Lafon

A high energy dose of artistic creativity in several forms will be in store for those at the Dr. Rodney Lafon Performing Arts Center on Jan. 10, when Artrageous takes to the stage. […]

Joseph G. Johnson, a native of Cheneyville, LA and a resident of Luling, passed away on Monday, December 30, 2019. Visitation was on Thursday, January 2, 2020 at Our Lady of the Most Holy Rosary […]

Being battle-tested come district season and playoff time is a priority of the Hahnville boys basketball program. Thus far this season, the Tigers have encountered some top competition and then some. […]