Sheriff Greg Champagne said additional charges have been filed against Jonathan West of Kenner stemming from the ongoing investigation involving accusations made against him while employed at Flipnastics in Luling. 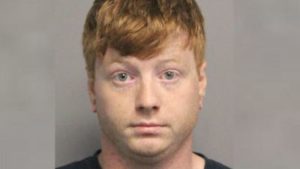 Four juvenile victims who reside in Jefferson Parish came forward and provided
information leading to additional charges being filed for six counts of sexual battery,
all of which are felony charges.

West has also been charged with 10 counts of sexual battery and four counts of indecent behavior with a juvenile in Jefferson Parish.

As of now, the Sheriff’s Office does not anticipate additional victims or charges being filed against West.

Anyone has any additional information involving this investigation is urged to contact Detective Steven Fontenot of the St. Charles Parish Sheriff’s Office at (985) 331-1567 or (985) 783-6807.