“Our people did this on their own,” said an impressed parish president, who added the effort is aimed at upgrading all the parish’s pump stations with this advantage.

The technology, called telemetry, ensures the pump stations continue working at the most critical time they’re needed in a catastrophic flood. It’s one of the lessons learned from Hurricane Katrina, where one of the reasons New Orleans flooded was no one could man these stations during the deluge of water. 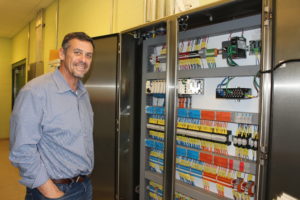 With the parish already in the midst of this year’s hurricane season, the question is whether it, as well as Louisiana, can dodge the tide another year.

Cochran is confident these remotely manned stations, which are normally controlled by Public Works but operated by the parish’s Emergency Operations Center during a disaster, are a critical addition to what parish officials call the “flood fight.”

Millions of dollars invested in the parish’s hurricane protection system – and more millions to come – stand as testimony to what it takes to keep the water at bay and residents safe.

The parish literally remains above water with a system of levees, pump stations and T-walls all coming together on the East and West banks.

Cochran readily concedes the system has gaps on the East Bank (Montz has no protection) and vulnerable areas on the West Bank where some levees are as low as 6 feet.

The Paradis Canal Gate and the lift on the Magnolia Ridge levee won’t be finished until 2020, but they are in the works in plans and seeking funds.

“We have done a great job, but I can’t wait until it’s finished,” Cochran said. “We’re handling it as we go.” 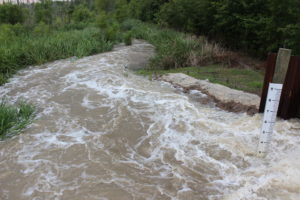 Nine miles of levee are under construction on the West Bank, including a section from the Ellington Reach (near Cousins Pump Station) to the Sunset Drainage District levee.

The estimated $10.1 million Magnolia Ridge Pump station is under construction in Boutte with a targeted completion date of April 2019.

However, until the projects are completed there are concerns that flooding is not only possible but likely if a hurricane bears down on St. Charles Parish’s incomplete system.

“With the gaps, we have a plan for flood fights,” said Sam Scholle with the parish’s Public Works Department.

Scholle could not detail the plan at this time, but he said it is in the works.

Overall, he did say the timing of completing these costly projects has relied on funding, as well as maneuvering through delays with resolving obstacles like sewer lines or pipelines. These wetlands are also federally protected, which has required proving need and still more millions of dollars spent on replacing project lands with land bank properties.

In May of 2015, parish voters approved a 4-mill tax for levees projected to generate $4.8 million a year for 30 years.

But Scholle said this money really serves as matching money for the additional grants needed to complete the system.

Also, he points to the relationships needed with neighboring parishes, as well as the state, to provide comprehensive and effective hurricane and flood protection.

The flood fight entails complex and lengthy coordination to ensure the system works, which Scholle said is being built in sections as the parish procures funding, much of which may be grant money. 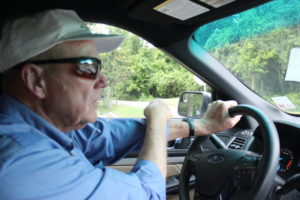 Overall, levees are being raised to 7-1/2 feet high as a temporary measure until the funding is in hand to elevate them to 100-year-level of 12-1/2 feet, he said.

Still, Cochran focuses on the parish’s progress with considerable work done, underway or grants being sought to keep it going. He singled out the Willowridge pump station completed two years ago, the Magnolia pump station under construction and the Ellington pump station going to bid in July as examples of a parish investing extensively in flood protection.

“The levee is really moving at a great pace I feel,” Cochran said. “It can never be quick enough, but we’re at a steady pace.”

“I had goosebumps,” John Ehrlicher said of the moment he walked in the door and turned on the lights. “I’ve never been unemployed before … not in 43 years. It felt great to walk in my building last night.” […]

St. Charles Parish residents are filling the seats of the newest venture held by the parish’s Department of Parks & Recreation – art classes for both children and adults. […]

Parish will not keep residents from trick or treating, but advises safety precautions

As many people begin to plan costumes and buy candy ahead of Halloween night, local and Centers for Disease Control and Prevention officials are asking people to be mindful of coronavirus safety precautions. […]

by Gulf Engine & Equipment - 1 month ago