Kajuan Smith recalled pulling up video of a celebration in Atlanta, and along with it the inspiration he drew from it.

The people on the screen were honoring Juneteenth, or June 19, the holiday commemorating the end of slavery in the United States. And seeing the epic event those people created made him want start to build something himself.

“I was all about the holiday, even back then, but I saw this on YouTube … in Atlanta, they’re not just doing it day of, they have this three-day event,” Smith said. “A big celebration. And it made me think, ok, we’ve got to do this.” 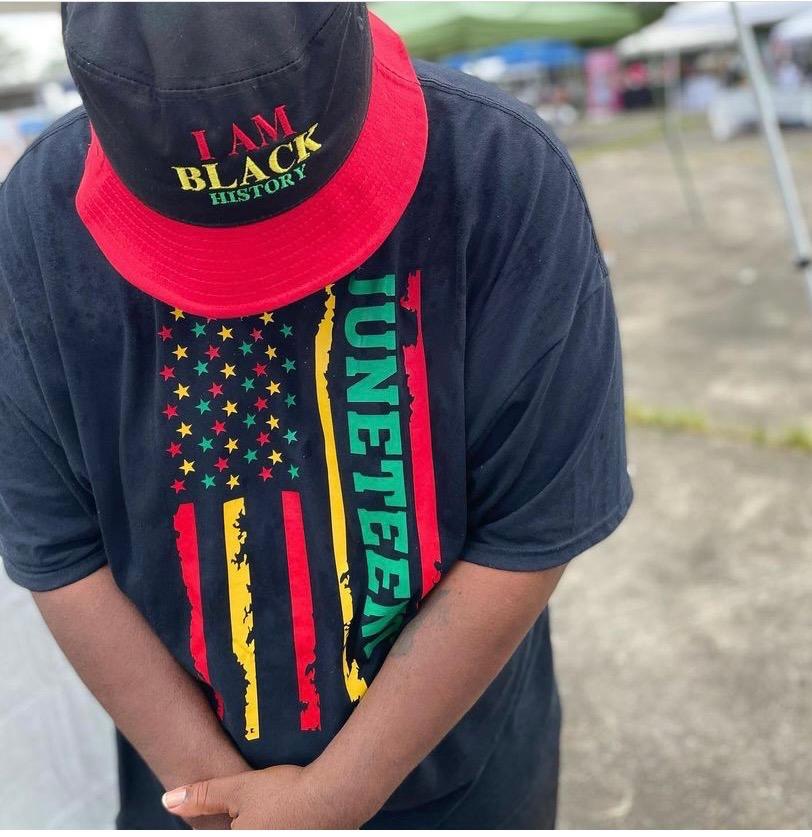 On Sunday, Smith and his fellow event coordinators will host St. Charles Parish’s third annual Juneteenth celebration at the West Bank Bridge Park in Luling. The event will begin at 1 p.m. and is set to run until 5 p.m. Attendance is free.

There will be performances by the Mt. Zion Community Church Choir, Treazure’s Dancing Dolls and BJ So Cole. There will be music throughout set by DJ Up Da Traxx. There will be food and refreshments on hand as well.

Smith, owner of Wolly’s Kitchen in Kenner, held the event last year in Norco. The change in venue to the bridge park, he said, allows for growth this year.

“It gives us the chance to raise even more awareness and get more people involved,” he said. “We’re still recruiting businesses to get involved, too. I want St. Charles Parish to have the biggest Juneteenth celebration there is.”

This year’s event is set to occur on June 19 – last year, the event had to be moved to a later date due to weather-related complications. Even so, there was a strong turnout.

“Man, it was so hot that day,” Smith said. “We were in the heat, but it really turned out to be a great event. We had some real good performers – singers, gospel rappers – and it was really something nice.”

2022’s event will be hosted by Smith and Janay Bradley.

This will be the third Juneteenth event he’s been part of coordinating, and he still fondly remembers the original.

“Three years ago I went on Facebook and said we should start celebrating Juneteenth, and Ms. Amy, Patrice, Tarra Scott and Tyrone Straugter agreed with me,” Smith said. “So, we all did what we had to do to make it happen. Amy and Patrice came with the idea we should do a march,  and we had over 100 people who marched from the East Bank Bridge Park to Destrehan Plantation.”

“It was amazing. After the march we had a celebration at Bethune park in Norco and it was perfect. We had guest speakers, singers, dancers, great food and amazing people.”

He added Shane Leboy and Desmond Smit among those critical to making the first event a reality.

This year, there will be performances by Yolanda Smith, D Mone, Kandyce Kenner and BJ So Cole.

Smith noted he believes a celebration on a major scale would be fitting in St. Charles Parish. The German Coast Uprising was the largest rebellion of enslaved people in U.S. history. The revolt occurred Jan. 8 – 10, 1811 on the east bank of the Mississippi River in what is now St. John the Baptist, St. Charles and Jefferson parishes. An estimated 200 to 500 slaves, armed mostly with hand tools, participated in the march where they reportedly burned five plantation houses, several sugar houses and crops. A militia was formed that confronted them, resulting in interrogating, executing and decapitating slaves who were captured.

“My goal is to make this holiday a three-day event. Many people in our parish have never heard about the 1811 slave revolt … it was the largest revolt in American history and it took place right here in St Charles Parish,” Smith said.

Juneteenth celebrates the anniversary of June 19, 1865, when Union Army general Gordon Granger made the announcement of General Order No. 3 by proclaiming freedom for slaves in Texas, which was the last state of the Confederacy with institutional slavery, two years after the Emancipation Proclamation was signed. The day is held as the longest-running African American holiday.

Originating in Galveston, Texas, Juneteenth has been celebrated annually on June 19 in various parts of the United States since 1866, at first involving church-centered community gatherings in Texas. On June 17, President Joe Biden signed off on the Juneteenth National Independence Day Act, officially making it a federal holiday. It was the first new federal holiday since Martin Luther King Jr. Day was adopted in 1983.

During the 1960s Civil Rights Movement, these celebrations were eclipsed, but they grew in popularity again in the 1970s with a focus on African American freedom and African-American arts.

Bridge Run back after 3-year hiatus

It’s been three years since the public has had the chance to run across the Hale Boggs Bridge in the United Way St. Charles’ Bridge Run, but that will all change on Saturday. […]