Zaylen’s Healthy Gourmet Dog Treats is a business that began not that long ago, but it’s already made a mark and showed some heart.

12-year-old Zaylen Plack, a J.B. Martin student and Boutte resident, went to his mother with his idea and ambition, and together they began baking treats, making deliveries and even shipping the doggy delights to customers as far away as Pennsylvania and Oregon.

As impressive as his drive is at such a young age, the more striking part of his venture might be the generosity he’s displaying through it: he’s donating five percent of his profits each week to the Take Paws rescue group, a volunteer animal rescue group operating out of New Orleans.

While the venture has been put on hiatus due to Hurricane Ida – and the lack of kitchen availability caused by it – it’s a cause that’s dear to Zaylen. His family has three dogs, all adopted or rescued,

“I was also a foster,” said Zaylen, who was fostered by his parents at three months old and officially adopted at the age of 3. “I have three dogs who were adopted or rescued and I wanted to help other dogs who needed it.”

He credits his brother Charlie with initially inspiring the idea to get into the dog treat game. Charlie, 11, began a dog walking service and Plack decided to take after his younger sibling and get something rolling himself. 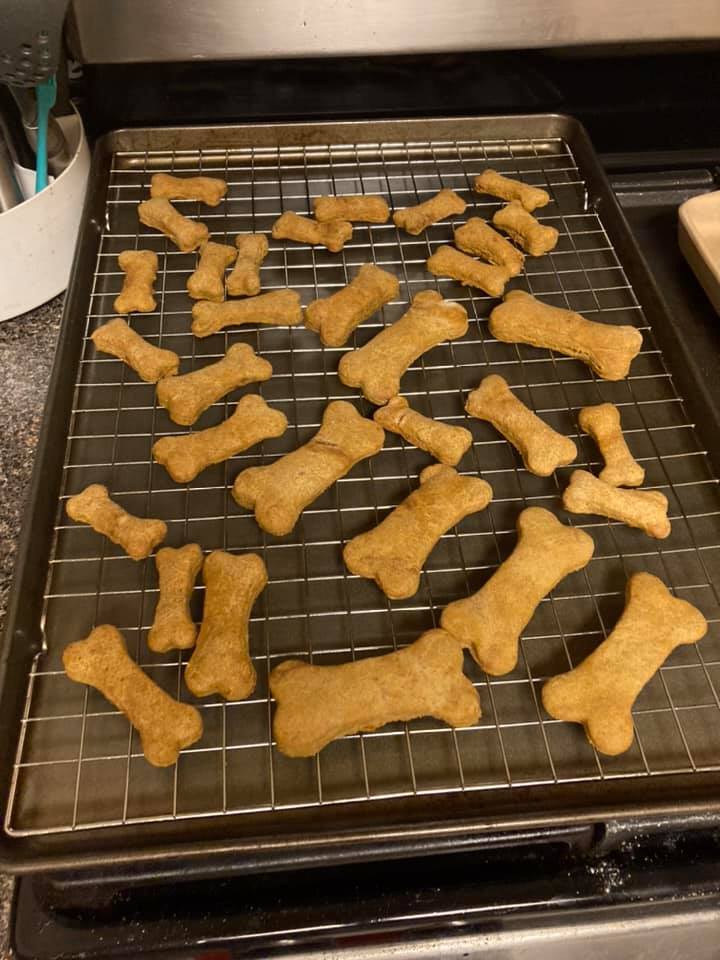 “I’m extremely proud of him,” said Carol Levy, Zaylen’s mother. “He’s channeling all his ambition into something positive. He’s a very tenderhearted child. He’s the type of kid who, if he sees someone on the road and has a dollar in his pocket, he wants to give it to them. That’s just him. He’s always been that way.”

The treats are made with healthy ingredients. Zaylen makes the pumpkin treats with whole wheat flour, pumpkin, egg, coconut oil and cinnamon – those, Levy notes, are soft and great for older dogs. Peanut butter treats, meanwhile, are made with oats, peanut butter and applesauce. The items are made with no preservatives.

“We make them Saturday afternoons when I get come from work,” said Levy, who works in sales and is lending her knowledge to both of her sons in their business efforts. “It’s probably about four hours of baking, bagging and putting everything together. Then we make deliveries on Sunday.”

“We’ve had a pretty wide delivery route,” Levy said. “As the business grows we’re probably going to shorten the route a bit.”

But it’s certainly a bonding experience she would never, ever trade.

“I’m a working mom, and I’ve struggled with finding enough good, quality time with my kids. This gives us some really good quality mom time, and I know it’s important for him too. I really enjoy it,” she said.

Zaylen agreed. Another part of the operation he counts among his favorite parts – seeing the happy dogs dining on their new tasty dish. 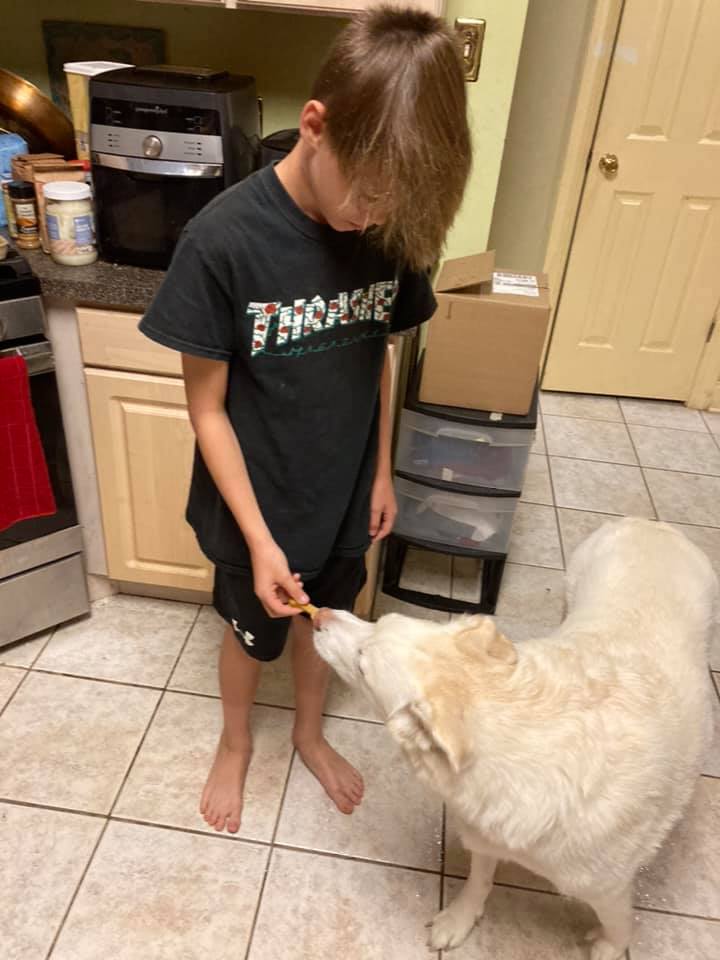 “Making the treats makes me happy because I see how much the dogs like eating them,” Zaylen said. “I get to meet a lot of new people, and they’ll show me their dog … they send pictures of the dogs eating it, which I really like to see.”

His entrepreneurial spirit comes through in his efforts to get the word out. He’s put together a Facebook page for Zaylen’s Healthy Gourmet Dog Treats, and filmed a commercial for it that streams on the page. He’s also posted a thank you video and regularly makes updates.

Levy said she’s very happy to see her son learning several lessons and skills through the experience already, including how to make a business plan, to plan a delivery route, managing costs and responsibility. All the while it’s a math lesson with investment.

“People have been so supportive,” Levy said. “They see a kid trying hard and wanting to be positive, and want to support that.”

Ever since she stepped foot onto Destrehan High’s campus, Rebecca Soto has stayed busy as can be. Graduation day brought an official end to her time at DHS, and Soto said in a way, it almost didn’t seem real. […]

Bayou Gauche couple make a habit out of helping

People in Bayou Gauche and the surrounding areas know just who to call when they need help – Cindy Dunn and Larry Verdin. […]