Webster Garrison of St. Rose says he’s grateful to be alive. His wife, Nikki, likewise calls herself blessed to still have her husband here with her.

But their lives were nonetheless changed, completely and totally, by COVID-19.

“I’m hoping there’s a light at the end of the tunnel,” said Webster, 55.  “But I have my own light, through prayer. It keeps me going.”

In early 2020, the two were engaged to be married that summer. The two experienced an incredible high together during LSU’s National Championship run, sitting in frenzied crowds as they watched Nikki’s son, former Destrehan High star John Emery, earn a championship ring in his freshman season with the Tigers.

Webster, meanwhile, was preparing for another baseball season as a minor league coach in the  Oakland Athletics’ system – the former Major League player with the Athletics became a coach with the organization in 1999 and has remained with them since.

But in late March, both Webster and Nikki were infected by COVID-19. On March 25, they called for an ambulance, and when EMTs arrived, they measured their oxygen-level. At the time, Nikki seemed the greater cause for concern.

“I was really struggling with coughing one night,” she said. “He had a little cough. They checked our oxygen levels, mine was under 70. His was under 60.”

Neither reading was good, but Webster’s especially so. Nikki insisted Webster get the immediate attention and be brought by ambulance to the hospital. She declined to go immediately herself, which may have proved a fateful decision – and potentially a life-saving one. 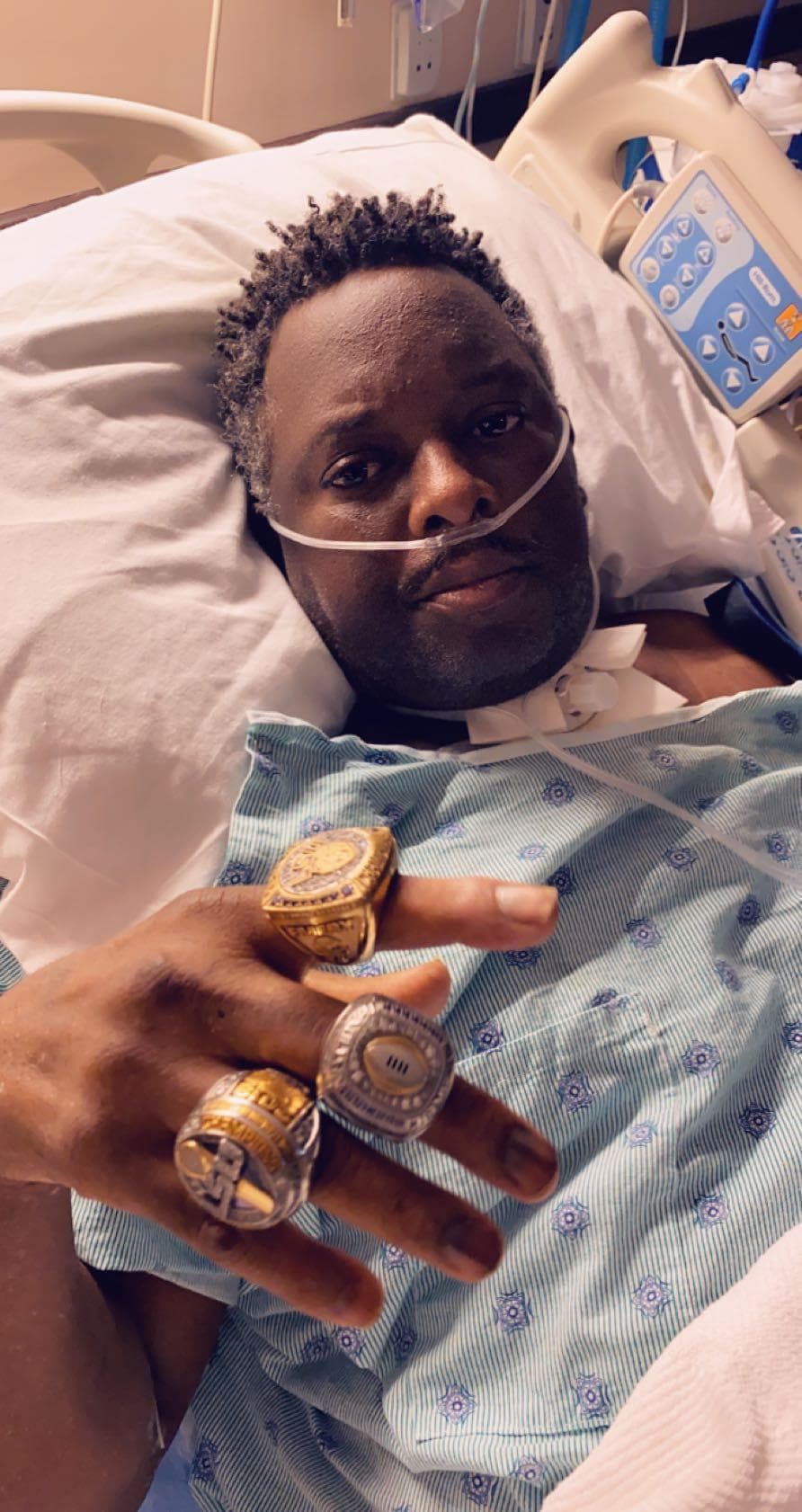 “I said I’m a nurse, and I wanted to wait and see what’s going on with him,” said Nikki.

Webster was put on a ventilator immediately. Nikki set herself up for isolation and self-treatment in her home: she had an oxygen tank for her mother, who often was ill and often stayed with her, and friends dropped off breathing equipment outside the door for her.

“Looking back, it was really crazy and dangerous,” Nikki said. “Something could have happened to me by myself. But with him on the ventilator, I just couldn’t. I was thinking about our kids, and what could happen. With both of us on a ventilator, what if decisions had to be made?”

Webster’s health declined quickly. He coded early the next morning and was brought to the ICU, where he was revived, but he coded again. Ultimately, his condition became so severe that Nikki said she was asked to sign a Do-not-resuscitate order.

“I said, absolutely not,” Nikki said. “If his body decides, if he decides to quit, he will. But do everything you can for him, because he’s a fighter.”

Had Nikki been on a ventilator as well, the decision may well have been out of her hands. Her own health concerns were heavy as well though, as she contracted and overcame double pneumonia in her lungs due to her illness.

Webster continued to struggle, though. His heart and lungs were compromised, even after he regained consciousness. He suffered two significant strokes, paralyzing the left side of his body. After six months in the hospital, he was able to return home for four days – but he relapsed and had to immediately return. He in on dialysis now, back at home, after suffering kidney failure, and he requires a wheelchair for mobility.

“Seven-and-a-half months in the hospital,” Nikki said. “He finally was able to come home in November. It’s been hard for him. I can’t imagine … he’s used to doing everything on his own. He was drafted (to play pro baseball) right out of high school. He’s been on the move, non-stop, since then. He gets depressed sometimes … he misses the players, the coaches with the As, so, so much.”

During that nearly eight month stay, there was one notable highlight – COVID did not stop the wedding, which took place in the hospital on July 16, a little more than a month after the planned June 6 date.

It was a happy day for the couple. But instead of enjoying life as newlyweds, the two are dealing with the significant fallout of their COVID encounter. 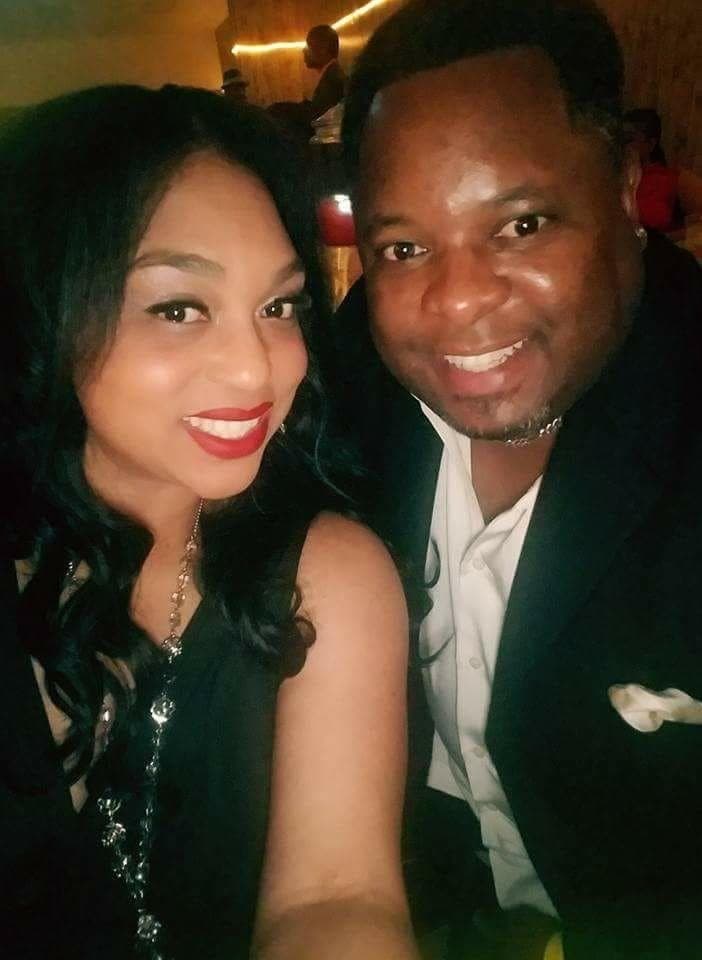 Nikki has become her husband’s primary 24-hour caregiver. A nurse educator, she’s only been able to work very limited hours each week as result. A rehabilitation specialist meets with Webster twice a week as he strives to regain movement. Nikki works with him for rehab each day.

“There’s been a lot of sacrifice. My health is not good right now. But I’m fighting though.”

Nikki, who also lost her mother last summer, has had to emotionally be every bit the fighter her love has been.

Nikki has been working on creating the proper home environment for Webster, with wheelchair accessible living quarters, recovery supplies and additional space, and is looking into purchasing a wheelchair accessible vehicle. She set up a GoFundMe (titled #WebbyStrong) to help offset those costs, and many have stepped up to help. To date, the page has raised more than $33,000.

“The support has been amazing, from family and friends, to the Oakland As, LSU, so many people here in Louisiana have given their support, prayers and kind words. It’s been amazing,” Nikki said.

“It’s been a hard year, but we’re grateful God has blessed us to be on this side of the Earth. We don’t know what the future holds, but we’re going to count our blessings and keep pushing.”