It will undoubtedly go down as one of the most frightening experiences of Aaron St. Pierre’s life, but he also won’t soon forget the joy and relief he felt in its aftermath.

“It’s the happiest I’ve ever been to hear a baby cry,” St. Pierre said.

St. Pierre, who works as an operator at Valero in Norco, was standing outside his family’s residence on Jan. 16 when he heard his wife, Brittany, scream from inside the home. The couple’s seven-month-old son, Shane, had been battling the flu and had been dealing with heavy congestion. When St. Pierre got inside, he found Brittany holding Shane, who was not breathing. 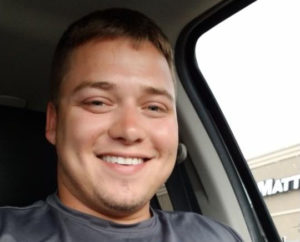 “He looked dead,” St. Pierre said. “I immediately went to him and tried talking to him, ‘Hey buddy, hey buddy,’ … nothing. He wouldn’t look at me or do anything.”

He immediately began CPR, which he was certified in after joining the fire team at Valero. For what he estimated was 90 seconds to two minutes, he tried to revive his son to no avail, as Brittany alerted first responders via 911.

“My daughter was next to me crying … I knew if I started freaking out, they’d get worse. I got them to back up,” St. Pierre said. “I think that was for the best, because if it didn’t work, I didn’t want anyone standing around. It was very, very, very scary.”

Just as he saw the lights of the fire department’s truck through his window, St. Pierre attempted one more mouth-to-mouth set. This time, he felt his breath break through the blockage and his son gasped for air and started crying.

“He let out a loud cry, just as soon as they walked in my front door,” he said.

He said that medical personnel couldn’t give an exact explanation as to what caused Shane to stop breathing because they weren’t there as his breath was blocked. But they theorized that something that got stuck in his airway.

“He was so congested, he was breathing out of his mouth as he slept,” St. Pierre said. “I actually felt the mucus, or whatever was there, break through during the CPR.” 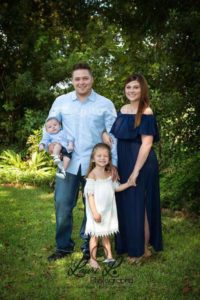 “You never know when you’ll need it,” he said. “It’s one of those things that can happen anywhere, even if it’s not your son or your relative. You might save someone’s life when you’re out at dinner, someone goes into cardiac arrest … It’s not hard to do if you know how to do it. For something that could be so valuable, it’s something so easy to learn and so worth it.”

That said, St. Pierre credited an assist elsewhere. Shane was named after his grandfather, St. Pierre’s father, who passed away when St. Pierre was younger.

“All I could think about after was my dad was watching over,” St. Pierre said.

Shane is home after recovering from the incident at Children’s Hospital.

Barbara Lynette Norris Sassin ascended into her eternal life on April 27, 2021. She was born on February 6, 1942 in Crosby, Texas, to Melvin David and Ethel Hortense Norris. In her teen years, she […]

In 2018 the Butterfly Dome at Luling Elementary School was slated for demolition, but the hard work, dedication and tenacity of several school employees, community partners and the St. Charles Parish Women’s Club means the dome is now once again bursting with colorful flowers and fluttering new friends. […]

Jonathan DeJesus was never a runner, but the health journey that he decided to start in January 2020 changed that. […]