As the seat of parish government in Hahnville, the St. Charles Parish Courthouse plays a role in nearly every person’s life.

“I attended many trials with my father who was an attorney,” said Judge Mary Ann Vial Lemmon. “I met good and not-so-good lawyers.”

Lemmon, who grew up across the street from the courthouse in Hahnville, also had vivid recollections of the courthouse’s role in life and death.

“I remember vividly when the truck with the electric chair drove up to the courthouse for the execution of a defendant who had murdered an East Bank couple,” she said. “I was about 5, so that would have been 1946 or so. My friend Linda Songy (now Sister Linda), would walk over to the jail and talk to the defendant. We were taken away from the area on the day of execution. It took place in the jail attached to courthouse.”

St. Charles Parish was created on March 31, 1807. The community was named in honor of St. Charles Borromeo, who died in 1584. Hahnville was once an Indian village known as Quinnitassa.

The parish’s first courthouse was constructed in 1804 in a community that became called “St. Charles Courthouse.” Just a year earlier, Louisiana had been sold to the U.S. for $15 million. The parish was one of the original 19 parishes of the territory of Orleans created in 1807 from the region of the German Coast.

The second courthouse was built in 1826 and became the area’s central structure. It was remodeled and expanded in 1926 and removed by 1976 to make way for the present courthouse.

“I remember vividly when the truck with the electric chair drove up to the courthouse for the execution of a defendant who had murdered an East Bank couple.”— Judge Mary Ann Vial Lemmon

In February of 1872, civil engineer Thomas Sharpe outlined a village around the courthouse and named it Flaggville for Othelle J. Flagg, a district judge and one-time elector for the Prohibition Party.

Hahn had done the same for Hahnville on his sugar plantation upriver from Flaggville, including stores, streets, a dance hall and upgraded levee. It was separated by Home Place Plantation and over time the entire area became known as Hahnville. 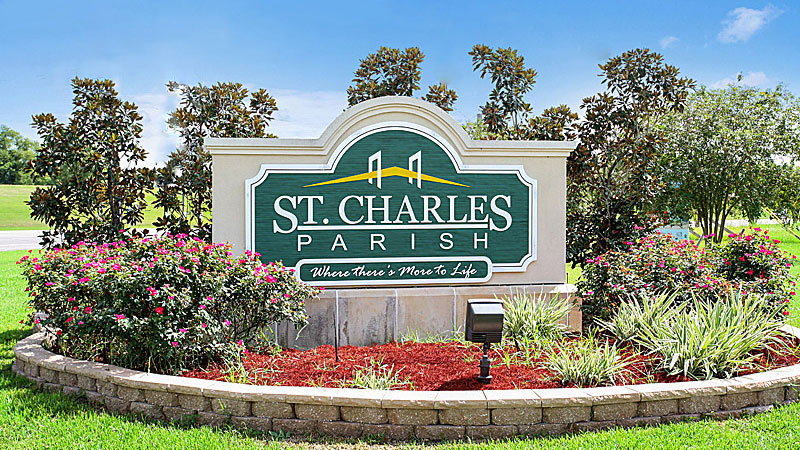 Lorraine Borne Delk, a native of Vacherie and resident of Hahnville, passed away peacefully on May 10, 2020. She was 67 years old. A private Mass of Christian Burial was held on Wednesday, May 13, […]

Pandemic adds hurdle in planning for hurricane season, but acting early can help

Last week’s flooding throughout parts of St. Charles Parish brought with it an unwelcome reminder that COVID-19 does not bring with it a ceasefire with regard to other unfortunate events. It, in most instances, only complicates things further. […]