St. Charles Parish deputies Terry Dabney and Isaac Genova were on the scene when witnesses advised them a woman and her three children were in a burning house in Luling.

It was about 10:30 p.m. Thursday and what these deputies did next has been called “acts of heroism” by Sheriff Greg Champagne.

Despite heavy smoke pouring out of the residence in the 700 block of Paul Maillard Road, the two entered the house and found a woman unconscious in the living room slumped over.

“They carried her out of the residence,” Champagne said. “The deputies attempted to reenter the home, but were driven back by heavy smoke and flames now shooting out the front door.”

Knowing there might be children still trapped in the burning structure, the two deputies and now Sgt. Jose Alvarenga, who soon also arrived, tried to break into the bedrooms to rescue them.

Champagne said Dabney and Alvarenga were moderately injured in the attempt.

The Luling, Paradis and Hahnville volunteer fire departments, representing about 35 firefighters, followed on the scene and they, too, went to work hoping to find the children possibly trapped inside the residence, according to Luling Fire Chief Craig Petit.

“Dispatch further advised that there were children possibly trapped inside the residence,” Petit said. 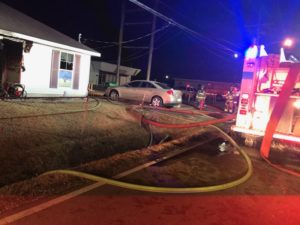 They’d also been advised deputies had rescued a woman near the front door who was transported to St. Charles Parish Hospital and later transported to a burn unit in Baton Rouge. The woman was listed in critical condition at the time.

On arrival, firefighters quickly extinguished the blaze and conducted multiple searches for the children, but did not find them.

They all soon learned the children were staying with a nearby relative that night.

Petit said the home’s living room and kitchen received the heaviest fire damage while other areas of the residence were damaged by smoke.

The fire chief said the cause of the fire is under investigation by the Louisiana State Fire Marshal’s Office. 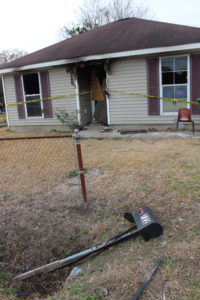 As Destrehan visited East St. John last week, the District 7-5A showdown pitted two of the last remaining undefeated teams in Louisiana against one another, and the scene in Reserve reflected it. […]