Calling it a project that Valero Refining – New Orleans considered important to the community, the company donated an “up ramp” to New Sarpy’s pedestrian and bicycle path.

“Valero consulted with our community advisory panel members on a project they felt was important to our fenceline community and this is what they chose as this project,” Valero spokeswoman Taryn Rogers told the St. Charles Parish Council when the parish accepted the donation. “This project leads to the existing walking path in the community.”

Rogers said the project represents Valero’s continue value in its relationship with St. Charles Parish and its residents.

Parish President Larry Cochran thanked Valero for the donation, as well as did Councilwoman Traci Fletcher, who represents District VI, for “fillng a need that was just more than we could do on our end.” 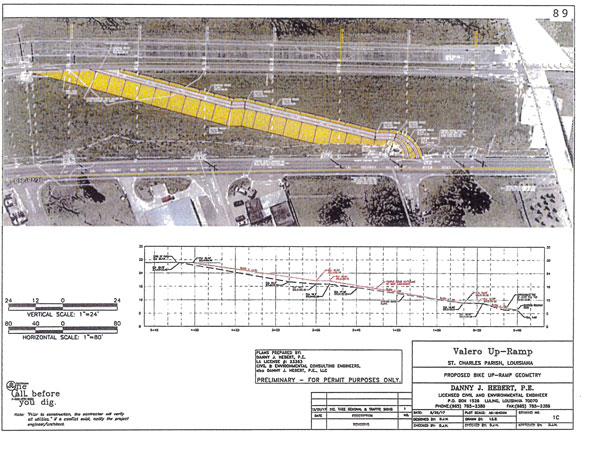 Entering the Class 5A baseball playoff field as the 27th seed, Destrehan earned a tough draw Tuesday night as it traveled to No. 6 Walker, and a sterling performance by WHS pitcher Caleb Webb spelled the end of the Wildcats’ season. […]

The lives of Maria Strickland and her 5-year-old daughter Morghan changed drastically in February, the two taking a turn down an uncommon and at times scary path due to a condition that mystifies even the experts. […]