‘I never imagined having such a program that’s become so huge.’

It’s the 20th year for Wetland Watchers and Barry Guillot’s 21-year-old corn snake, Gravedigger, might be feeling a little nostalgic as he’s being held these days by children whose parents once held him, too.

Guillot’s thrilled to say Gravedigger (named by his son after a monster truck) has been presented to more than 3 million people. He considers the reptile a superstar, but the man who created Wetland Watchers is also enjoying his share of attention – although that’s not the goal as he celebrates the 20th year of a program that just keeps on growing.

On Oct. 27, Shell-Norco is sponsoring a Wetland Watchers family day to celebrate the anniversary at the park with music, food and Safari Tales’ exotic mammals, as well as Guillot’s own reptiles available for petting.

“I can remember Mr. Milton Cambre and I making nature trails … throwing hay over the mud to make way for the kids so they could see parts of what is now Wetland Watchers Park,” Guillot said of the program’s early days.

The park stands as a tribute to all the love children and volunteers have shown for an opportunity to learn about the area’s wetlands and life. The Palmetto Outdoor classroom is surrounded by more than 400-year-old palmettos, but its roots run deep into the past where the Pontchartrain Levee Board donated the 28 acres that is the park today.

“When you look at the number of kids directly involved, we’re talking about 25,000 students,” Guillot said. “We’ve come such a long way to have 1,000 feet of nature trail now. It’s so good.”

Wetland Watchers is the springboard for Swamp School, as well as the Haunted History Hike as a fundraiser.

“One of the things I’m really excited about is we’ve had some really consistent volunteers with all the middle schools and high schools plus St. Charles Borromeo and St. Charles Catholic School.”

Guillot is pleased they have colored T-shirts for their schools demonstrating their volunteerism, but even more delighted over the students coming from every walk of life from football players to 4-H’ers.

“You don’t have to be faster or the strongest, all you need to do is love these animals,” he said. “It’s fun to see them working together.”

Even though Guillot is happy to have the park, he’s still dreaming.

He envisions an interpretative center with two labs that would allow the children to do water quality testing, and visitors could see native fish. Cub scouts could do sleep overs, too.

“When I speak to teachers about it, I say I never imagined having such a program that’s become so huge,” Guillot said. “All I was looking for was a great learning experience for my students. It just spread. To me, the logical thing in the world is taking them to the place to stick their hands in the mud, walk through the water and castnet and see what you catch and scoop your hands in the water.” 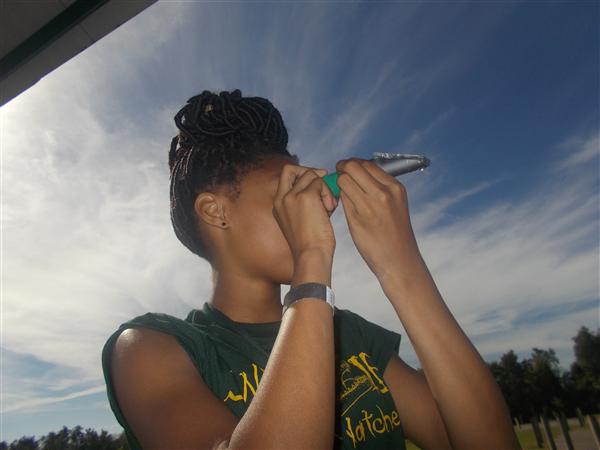 Sheriff reflects on career as he becomes longest tenured

Surrounded by family, friends and colleagues, St. Charles Parish Sheriff Greg Champagne held up a photograph taken as he was first sworn into office in 1996. Among those in the shot was his daughter, Rochelle, then just 12 years old. […]

Grocers face a new challenge – will there be football?

On top of the already existing challenges of running a business, grocery store owners have had unique challenges during the coronavirus pandemic. […]

A man was arrested and booked in St. Charles and Jefferson Parishes on multiple counts of fraud connected to an alleged major scam that involved using the stolen identities of children to create false identities that were then sold and used to purchase high dollar items. […]