The helicopter crash that resulted in the deaths of NBA legend Kobe Bryant and eight other passengers last month came on the heels of two other significant aircraft tragedies, each hitting Louisiana residents hard as they claimed the lives of well-known local television reporters Carley McCord and Nancy Parker, along with several other casualties.

Their lives were lost forever. The lives of others, for those close with each of the victims, were changed forever based on these events. And that, ultimately, is a major reason why Royd Anderson does what he does.

Anderson, a former history teacher at Hahnville High School, has become well-known and renowned for his work making documentary films focusing on major tragedies in Louisiana. He specifically focuses on highlighting events that have been overlooked or seemingly forgotten by history.

“Somebody has to tell the story,” said Anderson. “Their family members are happy to see (their lost loved ones) remembered finally, because they felt they had been forgotten.” 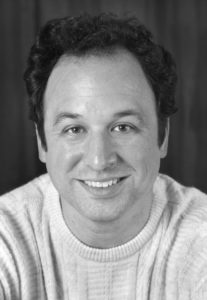 For many family members left behind, feeling like a positive change resulted from the tragedy can provide catharsis, be it a new law enacted or additional precautions mandated to prevent others from losing their lives in the same way. That the death became meaningful in that way can provide some light in a great darkness.

Anderson, a historian, knows the axiom “those who don’t study history are doomed to repeat it.” He’s aimed to bring these tragedies to light in the form of his films standing as ongoing reminders.

“You examine how it happened and what can be done to prevent it in the future,” Anderson said. “Tragedies often lead to necessary changes.”

Not long after his college graduation, Anderson joined Hahnville High, where he taught history from 2006 to 2008. But 2006 also marked the year he wrote and directed his first major documentary, The Luling Ferry Disaster,” a project he took on for his Master’s thesis project at the University of Louisiana-Lafayette. The film tackled the subject of the 2006 MV George Prince Ferry incident that resulted in 77 fatalities, making it the worst ferryboat accident in U.S. History.

The documentary was released on the 30th anniversary of the event, and garnered considerable attention – and momentum. The film led to a push to have a monument built at Destrehan’s East Bank Bridge Park for the victims and survivors. The Luling/Destrehan Ferry Disaster Memorial Committee was founded in 2009, led by then councilman Larry Cochran and comprised of family members and friends of the victims, parish council members and concerned citizens.

“When Katrina happened, a lot of my professors wanted me to switch gears to put together something about Katrina. I said I was sticking with the ferry disaster, and I’m glad I did,” Anderson said. “I’m happy it resulted in that monument, and seeing all of the family members and how pleased they were to finally see a memorial will always stick with me.”

It fueled him to keep going. In 2007, Anderson wrote and directed another documentary on a 1977 incident, The Continental Grain Elevator Explosion, which was the deadliest grain dust explosion of the modern era. 36 lives were claimed at the Continental Grain plant in Westwego. His next project came in 2012, titled Pam Am Flight 759, looking back at the 1982 plane crash in Kenner, the worst plane crash in Louisiana history.

In 2013, he documented the UpStairs Lounge arson attack in New Orleans in 1973, 40 years following the fire. And his fifth and latest film, Mother’s Day Bus Crash on 610, delves into the worst vehicular accident in the state’s history, which occurred in New Orleans in 1999. That film debuted in 2019.

The films have been met with critical awards and acclaim and Anderson has often been recruited to speak at events and on television to lend his expertise on each of the events.

Another motivator behind continuing to pursue major local disasters as his subject matter came when he found that while teaching his history classes, many of his students didn’t know much at all about the events.

“They aren’t things that you see mentioned in history textbooks. A lot of my students didn’t know much about the ferry disaster … it was the worst ferry boat accident in U.S. history and it happened here. Somebody has to tell the story,” he said.

And it’s not often an easy story to tell. While there are many who might be eager to speak about the events – and even find it therapeutic – others would rather not revisit the trauma they suffered.

“Some don’t want to talk at all. It reminds them too much of that time and they don’t want to be reminded,” Anderson said. “There are challenges, and not everyone is going to return your call.” 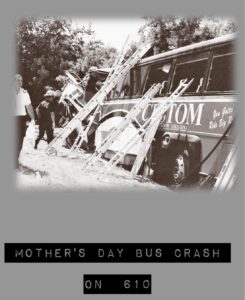 But while his students may not have been familiar with the ferry tragedy, a HHS co-worker gave motivation of a different variety on an event he’d go on to document.

“Her godfather was killed in the elevator explosion, a year after the ferry disaster,” Anderson said. “I had already decided I was going to do that film, but it connected me back with the importance of doing it.”

Since releasing the ferry documentary, St. Charles Parish students have reached out to him to help with projects on the disaster. In a way, he still gets to be that history teacher, only through a different medium.

“I never expected this to grow like it has. That’s been a pleasant surprise,” Anderson said. “It started over 10 years ago, and a lot of people featured in those early films are no longer with us. Now, they’re stories captured for future generations.”

Those interested in his films may reach Anderson at rcand@mygrad.loyno.edu.

The Golden Girls are back – albeit in a different form than ever before. […]

Krewe of Des Allemands Grand Marshals Venis Parks and Katherine Cortez Orgeron are not only lifelong members of the community they’ll be riding through as royalty this weekend, they’ve also long spent their days giving back to it. […]

Responding to the continuing demand for lots, the St. Charles Parish Council approved a rezoning request that brings a planned 42-lot residential development in Hahnville closer to construction. […]