After climbing to the top of the world, Mason Dupre felt like anything but.

By the age of 25, Dupre had built a thriving, million-dollar clothing company, Woolly Threads. The Hahnville High School alumnus and Bayou Gauche native had a knack for business and a vision for marketing, and in a matter of a year a company that generated $24,000 in 2014 grew to $1.2 million in 2015.

But what people didn’t know when they saw the outgoing Dupre was he was going through a personal mental health struggle, a severe onset of bipolar disorder, that ultimately drove him away from the business world and, in his own words, cost him just about everything.

It was a hard fall, but it didn’t break him – and in the end, it may have helped him find himself. Dupre has left the business world to become an artist, and today marks the opening of his first major exhibition, to be held through June 20 at 3701 Magazine Street.

The theme of the show centers around rebirth, breaking through a dark patch and coming out of it on the other side, “and feeling life again,” he said. He hopes to use his new platform to speak about his battle with mental health and be an example of someone who did not let it conquer him, and emerged with a renewed hunger for life.

“I had a mental break (in 2016),” Dupre said. “I was unhealthy. I went through my onset with bipolar disorder and it happened to coincide with me having a very high-stress, high-functioning job with a lot of moving parts, employees to manage and the business end to take care of.”

He felt he needed to step back from his business for the sake of his health. But after leaving Woolly Threads, and taking some mental health time, he said he tried to rebound by returning to the business world.

“I kind of did what a lot of people tend to do and threw myself back into a familiar situation,” he said. “Try to do something I knew I could do and jumped into another high-performing, business atmosphere. That didn’t work out.”

This time, he understood he needed a change. He admits it wasn’t an easy process.

“It wasn’t an overnight thing,” he said. “I had to take time for myself and really decide what I wanted to do. It was a matter of coming to grips with what happiness and success looks like for me moving forward. The business thing didn’t work out, it was too stressful. I had to reevaluate.”

He found that while there were elements of the business world he had to get away from, there were also parts of it he could take with him to another career avenue: Dupre loves to create things, and especially things for others to enjoy.

A little less than two years ago, his path took him to art, walking some of the same footsteps his mother has as an artist herself. He began creating new work and developing different concepts and techniques. 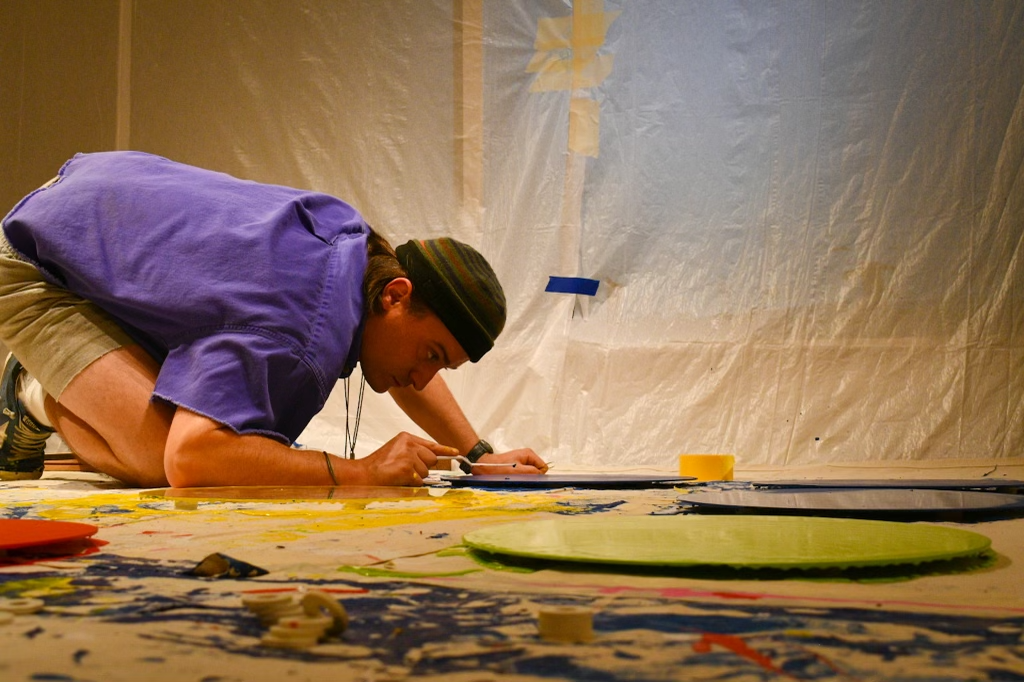 Through art, he found a means to express himself concerning his mental health struggle. While communicating his thoughts and feelings was rarely difficult for him in most respects throughout his life, this was different. He found it hard to verbalize his feelings, and he said part of that came down to fearing it would become a label upon him.

“It was something I struggled with from the beginning … that if I let people know what I was going through, they were going to be looking for it anytime things weren’t going well. And that wasn’t a good thing. For a lot of people, they had no idea what was happening, and because I have a lot of traits that go down the lines of what a manic person looks like, being high energy and things like that, they had no idea what was happening until it was too late,” Dupre said. “It doesn’t always look like sadness.”

“Art became a very natural outlet for me. I think I always had the capabilities, but it wasn’t something I had really explored.”

It’s something he explored in a roundabout way when he was still with Woolly Threads, where he would look through old magazines for advertisements run by successful companies, going back as far as the 1960s and 70s, and try to capture the smaller elements of what made those ads successful, be it a specific typeface or font shared among several.

This feels right for him.

“Making people think and making people laugh are my two highest priorities,” said Dupre, who said his upcoming show has been in the works for the past year, with cementing the venue representing what was the final major hurdle. “It’s something I think will be a totally immersive experience. For it to be here in New Orleans, just a couple blocks from my home and close to my friends and neighbors here, it’s really nice. To have a chance to make a mark in my community is something I’m really thankful for.” 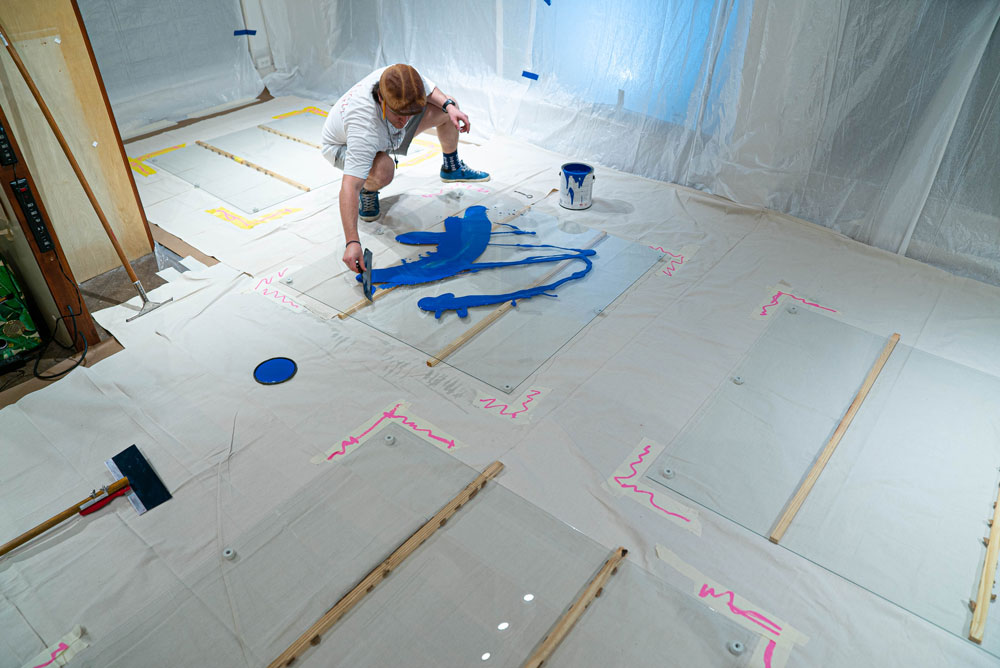 Dupre spoke with pride on one of the works he’ll be displaying, depicting what it is like to wake up in a bad place and break through into a good day.

“That’s the basis of the show,” he said. “To break out into that other side, have that rebirth and feel life again – and to know you can be happy. That it’s something you not only deserve, but it’s possible. Those things all come into question through your journey … will this ever happen again, and how is it going to be?”

He’s broken away from the bad side and on the verge of his very best day in awhile: mere hours away from his first major show.

“It was tough. I won’t say I wish it happened, but in a way it’s a blessing. It’s allowed me to come to this place where I’m supposed to be.”

Admission is free from 11 a.m. to 5 p.m. Monday through Saturday and $10 per person on Friday, Saturday, and Sunday nights. Admission is charged on the weekends to ensure social distancing guidelines and proceeds will go toward the National Alliance on Mental Illness and local mental health initiatives, including We Help NOLA. 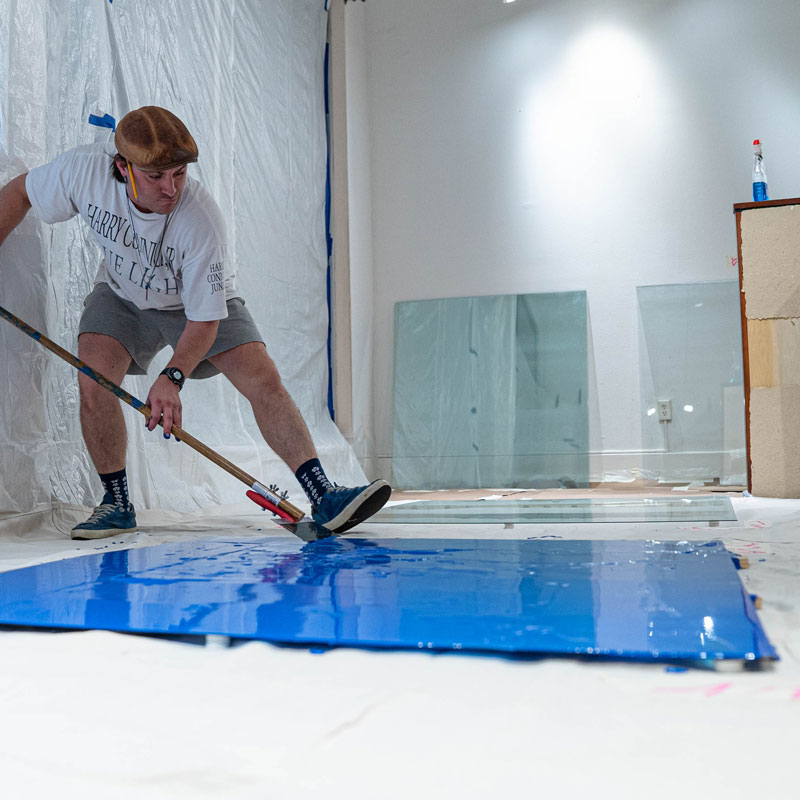 Several DHS, HHS postseason rivals could be on move with LHSAA reclassification

The biggest change in recent years to the overall structure of Louisiana’s prep athletics will be applied to the upcoming school year, as the LHSAA has reclassified what is considered to be select and non-select schools. […]